Quicklly connects people with local South Asian markets, restaurants and caterers; enables them to order online; and manages delivery for vendors, most of them small businesses not on other e-commerce or delivery apps.

Quicklly, the first, and so far only, South Asian local food and grocery marketplace in the U.S., has revealed its first expansion market: the San Francisco Bay Area. Effective Nov. 23, residents throughout the city of San Francisco extending south through to San Mateo have access to Quicklly marketplace and delivery.

Chicago-based Quicklly connects people with local South Asian markets, restaurants and caterers; enables them to order online; and manages delivery for vendors, most of them small businesses not on other e-commerce or delivery apps. Customers can shop and order from several grocers and restaurants, and have everything arrive in a single delivery. The company has almost 15,000 customers and more than 60 vendors in its hometown.

“We’ve had thousands of requests for Bay Area service since our launch in Chicago, from both consumers and vendors,” said Quicklly co-founder Keval Raj, who came up with the idea for the company after moving abroad and finding it hard to find and order from local South Asian markets and restaurants. “The Bay Area has a high concentration of South Asian residents, which made it an attractive market for us.”

Quicklly has already signed up 30-plus vendors spanning restaurants and specialty grocers for its Bay Area marketplace, including India Foods, Niligris Cash & Carry, Sankranti, and Mangoes Indian Cuisine. Customers in the region can order groceries, takeout meals and even meal kits.

“The Quicklly team has been super-helpful with the overall store onboarding process, training us on key systems and operational processes to ensure smooth sailing in today’s unprecedented times,” noted Krishna Bhupal, manager of Fremont, California-based grocer India Foods. “Quicklly’s tech, marketing, delivery and operations support has been available from day one. We are not only live on their digital platform, but we have been receiving daily orders within the first day of our launch, and our number of orders are growing 100% week over week. Also, our service area is now expanded to cover up to 20-mile radius. We tried traditional delivery apps but their fees were high, their delivery areas were small, and no one was going after a single South Asian ethnicity food. Quicklly has a much broader delivery area, expanding our reach within the South Asian audience significantly, and also has much lower fees. We anticipate making as much in a week with Quicklly as we did in a month with any other delivery apps out there.”

The platform uses proprietary in-house technology, including artificial-intelligence and machine-learning models, to help vendors identify the most popular items to meet local demand. It also helps vendors diversify their offerings and revenue — for example, restaurants can also sell grocery items and meal kits. During the onboarding process, Quicklly shows each vendor how to customize its offering for the local market.

According to Quicklly, it has grown rapidly since its 2018 launch: This year, its average order size doubled, revenue grew sevenfold, and its customer base grew fourfold. Among the company’s advisors are the first investors in Chicago-based Asian food delivery platform Chowbus, and former Peapod and Instacart executives. 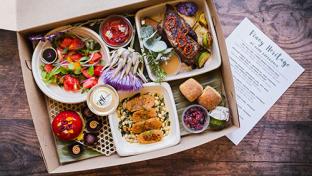 Feastin also provides groceries and cocktails in the Bay Area 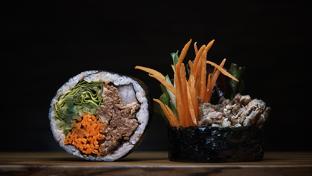 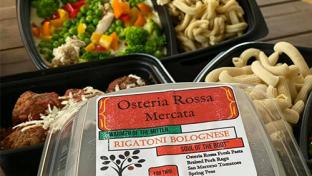 Grocer partnering with local restaurants to support them, amp up its retail foodservice offerings 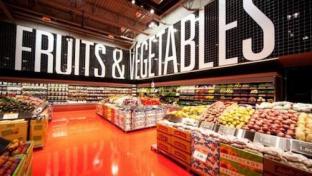