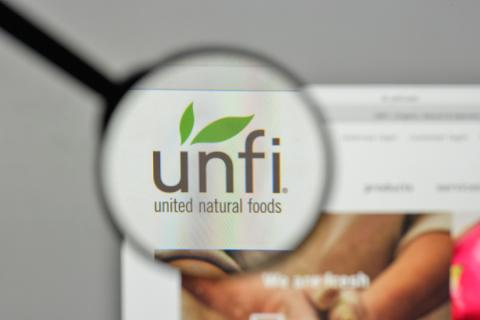 As UNFI integrates with Supervalu, it plans to divest all of the latter company's remaining retail stores

Weeks after completing its acquisition of wholesaler-grocer Supervalu, an undaunted United Natural Foods Inc. (UNFI) reported mixed fiscal 2019 first-quarter results, even as it embarked on a challenging integration process.

“While we are clearly disappointed by the near-term results of Supervalu, we started this process with a viewpoint that in order to build the business for the future and to create considerable value for our constituents, UNFI would serve its shareholders over the long term by becoming the premier wholesaler of products and services throughout North America,” said UNFI Chairman and CEO Steven L. Spinner during the company’s earnings call. “This thesis has not changed. In fact, as we have begun to integrate, our outlook for the combination is stronger than ever. We have no doubt that the combination of UNFI and Supervalu will translate into more significant value for shareholders than UNFI as a standalone company over time.”

UNFI’s results, which included six days of Supervalu’s operating results and the full impact on the balance sheet, as noted by CFO Mike Zechmeister during the call, included a net sales increase of 16.7 percent, or about $411 million, to $2.87 billion for for its first quarter of fiscal 2019 ended Oct. 27. Excluding about $224 million net sales from Supervalu, net sales grew 7.6 percent compared with the year-ago period.

Spinner said during the call that for the fiscal 2019 Q1 quarter, the company “saw moderate revenue increases in the independent and supermarket channels … driven by a very tough macro environment for many retailers. Our top-line gains didn’t translate to the bottom line. Legacy UNFI gross margins were down about 37 basis points to last year, largely driven by continued mix shift towards our lower-margin customers, which was exacerbated by higher levels of supplier out-of-stocks.”

The executive also observed that a continuing deflation or modest inflation “continues to be a headwind to both top- and bottom-line results.”

‘A Single Way of Doing Business’

Also during the call, Supervalu CEO Sean Griffin spoke about the companies’ integration efforts to date, explaining that the companies “are creating a path that leads from an entity that has four unique cultures to a single way of doing business. We are moving from legacy UNFI, legacy Supervalu, Unified Grocers and AG Florida toward a wholesaler with one way of going to market. This is complicated work with many moving pieces, and we are addressing the challenges with energy and urgency with a view always towards a long-term solution.”

Some “early synergies” Griffin pointed out were the transition of UNFI’s Blue Marble Brands into Supervalu’s enterprise brand structure and offering, which he said “reduces cost while unlocking cross-selling upside,” and the merging of UNFI’s Albert’s Organics business with Supervalu’s produce category “under a single head of house, which we believe will accelerate unlocking the cross-selling opportunities as well as cost structure in this very important category.”

Griffin also referenced Supervalu’s less-than-stellar fiscal 2019 Q2 wholesale sales, excluding Unified Grocers and AG Florida, which he attributed to “the general softness in our customer base and center store, I think grocery, frozen, dairy and at least partially, we believe, due to the uncertainty following the announcement of the acquisition of Supervalu by UNFI.”

Touting the recent news that the company was selling the Hornbacher’s banner to Coborn’s while securing supply agreements for both banners, and its plan to sell all remaining Shop ‘n Save stores, Griffin said, “While Cub and Shoppers continue to perform in line with our expectations, we are moving forward with our marketing efforts and we are optimistic that buyers will be found at the right price.”

The wholesaler additionally updated guidance for its fiscal 2019 to include Supervalu: Consolidated net sales are now expected to be in the range of $21.5 billion to $22 billion, including the benefit of a 53rd week and a legacy UNFI net sales growth of about 6.5 percent to 8 percent – down from previous expectations “because of the headwinds across our channels,” and a forecasted net sales growth for Supervalu’s wholesale business of 0.5 percent to 2.0 percent for the comparable 41-week period versus last year.