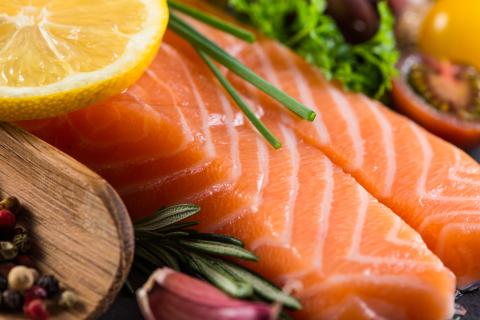 A new survey from the Walton Family Foundation found that 70% of consumers want seafood that is sourced in a sustainable way.

As World Ocean Day approaches on June 8, a new survey shows a greater eco-consciousness among seafood consumers that parallels their growing appetite for such products. Nearly three in four – 70% – of Americans want their seafood to be sourced sustainably and 65% want to know where their food is processed, according to a poll commissioned by the Walton Family Foundation.

Underscoring the greater desire for information about the seafood they buy and consume, the survey also found that 72% of consumers support traceability. In a market in which less than half of seafood exported to this country has traceability requirements, 68% of consumers agree that stronger regulations are needed. Many consumers put an onus on providers: 78% of Americans believe that grocers and restaurant operators are responsible for “checking the source of their food.”

"The challenges of climate change intersect with building resilient food systems in our world's oceans," said Moira Mcdonald, environment program director at the Walton Family Foundation, a nonprofit created by Walmart founder Sam Walton and his wife, Helen. "We focus on sustainable seafood because we know that when you take care of the fish, you're necessarily taking care of everything else that matters in the ocean. So, that means being smart about how much we fish, what we fish and where we fish."

The Walmart retail business that Sam Walton started continues its effort to source seafood in an ocean-friendlier way. According to company information, more than 90% of products from Walmart U.S. and Sam’s Club are procured from suppliers that are Marine Stewardship Council (MSC)-certified or actively working toward certification through the Fishery Improvement Project.

Other research affirms greater demand for seafood in general and sustainably-sourced seafood in particular The 2022 "Power of Seafood" report from FMI — The Food Industry Association found that seafood department sales rose 0.9% in 2021 to reach $16.9 billion, with 59% of people reporting that they are frequent or occasional seafood consumers. At the same time, 50% of respondents said that sustainability claims or certifications have a major impact on their buying decisions.

That said, there is a knowledge gap when it comes to sustainability and seafood: Only 28% of those polled in the "Power of Seafood" indicate they are very knowledgeable about sustainable seafood.

Meanwhile, several seafood companies are taking steps to improve the health of ocean waters. Earlier this year, the Bumble Bee Seafood Co. announced that it is the first shelf-table seafood brand to change its multipack can product packaging to recyclable paperboard cartons from shrink wrap, a move that can eliminate 23 million pieces of plastic waste a year. And Star-Kist reported that it will source 100% of its tuna and salmon from MSC Assessed Fisheries by 2025.

Fueled by eco-conscious and health, several other brands have launched plant-based seafood alternatives, such as Finless Foods, Good Catch Foods and New Wave Foods, among others.

Bentonville, Ark.-based Walmart U.S. is No. 1 on The PG 100, Progressive Grocer’s 2022 list of the top food and consumables retailers in North America.