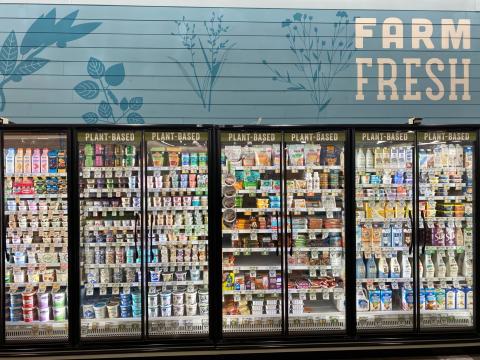 A portion of the pricing for loans and commitments under the revolving credit facility will be based on Sprouts’ performance in sales of socially and environmentally sustainable products.

A portion of the pricing for loans and commitments under the revolving credit facility will be based on Sprouts’ performance in two sustainability areas: board of director diversity and sales of socially and environmentally sustainable products.

Sprouts has already made some progress in sustainable products. Earlier in the year, the healthy grocer revealed that it was now sourcing all shell and liquid eggs sold at its stores from cage-free, organic or free-range farms. The grocer’s Our Brands eggs have been “cage-free or better” since 2016, offering such attributes as being pasture-raised.

“While we plan to continue to fund operations and unit growth through our robust cash-flow generation, this facility provides Sprouts with greater financial flexibility as we grow,” said Chip Molloy, CFO of Sprouts. “As well, linking our credit agreement to sustainability objectives supports our ‘doing well by doing good’ philosophy.”

On March 2, Sprouts said that its board of directors had authorized a new share repurchase program of $600 million of its common shares, which replaces its current authorization with less than $100 million remaining. The shares may be purchased on a discretionary basis from time to time. This share repurchase program may be commenced, suspended or discontinued at any time, and expires on Dec. 31, 2024.

“We remain focused on driving long-term value for our investors while balancing deployment of capital to drive growth over the long term,” said Molloy.

Phoenix-based Sprouts Farmers Market, which employs approximately 31,000 team members at more than 370 stores in 23 states, is No. 48 on The PG 100, Progressive Grocer’s 2021 list of the top food and consumables retailers in North America.