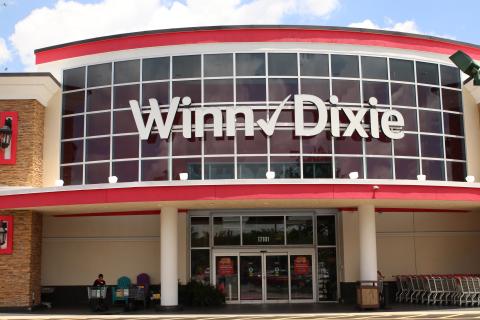 Southeastern Grocers won’t receive any net proceeds from the sale of its common stock by the selling stockholders.

Southeastern Grocers Inc. has launched an initial public offering of 8.9 million shares of its common stock to be sold by certain of its stockholders, at an anticipated price of $14-$16 per share, in accordance with a previous filing with the U.S. Securities and Exchange Commission. The company isn’t selling any shares in the offering.

The selling stockholders will grant the underwriters a 30-day option to purchase up to an additional 1.3 million shares of Southeastern Grocers’ common stock. The company has applied to list the shares of common stock on the New York Stock Exchange under the ticker symbol “SEGR.”

The offering will be made only by means of a prospectus, which can be obtained by BofA Securities or Goldman Sachs & Co. LLC, who are acting as joint lead book running managers and as representatives of the underwriters for the offering.

The company first revealed last September that it was exploring an IPO through an SEC filing that it said at the time would “help enable [it] to make the decision to become publicly traded, subject to market and other conditions.”

As Progressive Grocer Editorial Director Mike Troy reported in an exclusive interview with company President and CEO Anthony Hucker last December, “Southeastern Grocers has indicated to investors in regulatory filings related to a planned initial public stock offering that it could open as many as 10 stores annually.”

Having emerged from Chapter 11 bankruptcy in 2018, the company embarked on a five-year transformation plan to revitalize its business, which included focusing on its core banners and selling off its Bi-Lo stores.

Jacksonville, Florida-based Southeastern Grocers is one of the largest conventional supermarket companies in the United States, with grocery stores, liquor stores and in-store pharmacies serving communities throughout Alabama, Florida, Georgia, Louisiana, Mississippi, North Carolina and South Carolina. The company is No. 34 on The PG 100, PG’s 2020 list of the top food and consumables retailers in North America.