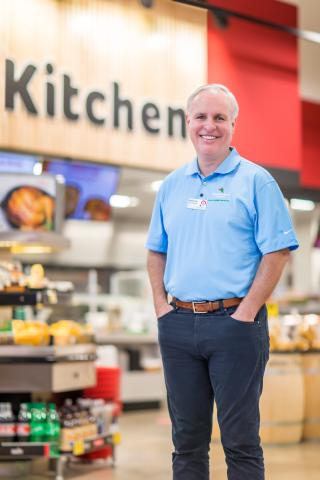 Southeastern Grocers President and CEO Anthony Hucker has been around the retail block a few times during his career. Nine years with Aldi in international leadership roles turned into seven years with Walmart in strategy and global format development roles. From there he went on to serve two-year stints as president of Ahold Delhaize USA’s Giant Food banner and then president and COO of Schnuck Markets.

Hucker has been there and done that during a more than 30-year retail career. However the thing that he grows most animated about when discussing his current situation at Southeastern Grocers and the company’s ongoing financial transformation, is the company’s cultural transformation. Sitting in the employee breakroom of a newly remodeled store in the Mandarin neighborhood of Southeastern Grocers’ hometown of Jacksonville, Florida, Hucker becomes particularly enthused when describing one of the biggest changes at the company.

“If you go back to the beginning of 2017, we had the worst engagement scores in the history of the company. We measured engagement quarterly by asking all the associates if they trust their immediate supervisor,” Hucker said. “If your associates don’t trust you, but you have a vision statement that says our customers can trust quality, service and value, that doesn’t work.” 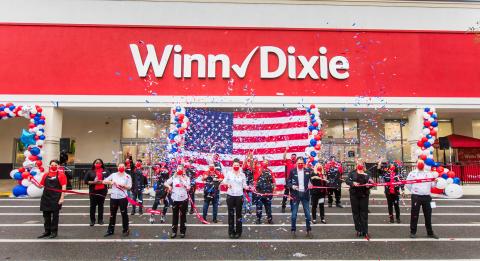 Southeastern Grocers employees were in a celebratory mood in 2020, with employee engagement scores at an all-time high.

Hucker had joined Southeastern Grocers as COO in February 2016 and when he was named CEO in July 2017 the first order of business was to regain trust throughout the organization.

“We set out on a journey in the second quarter of 2017 to really re-engage our associates. Fast forward to the first half of 2020 and we reached the highest level of trust scores in the history of the company,” Hucker said.

To do so required clear and transparent communications about a new strategic transformation plan along with an emphasis on letting employees know the company cares about them. “We are saying ‘we want to take care of you first because you are taking care of the customers and taking care of the communities we serve.’ Our associates are the people on the front line every single day taking care of customers every day,” Hucker said.

One thing Hucker understood three and a half years ago as the company embarked on its five-year transformation plan was that it wouldn’t be successful if it didn’t change the collective mindset of the organization. Employees at Southeastern Grocers have been through many challenges and leadership changes over the years, so it was essential to establishing a culture of winning and a belief among the rank and file that the new CEO had a good strategy in place to compete against larger rivals. 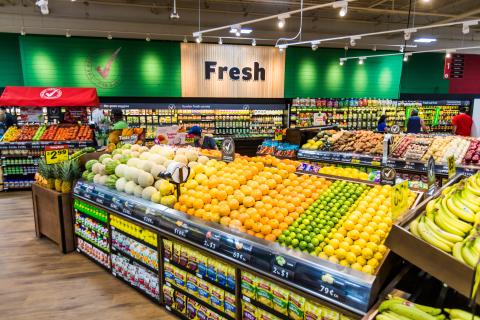 So Far So Good

With a more highly engaged workforce in place to execute strategic initiatives, Southeastern Grocers is beginning to see its strategy yield positive results, which then has a multiplier effect on the company’s culture.

Hucker points to the company’s 16.4% first quarter same-store sales increase and 21% second quarter increase as evidence. Those results were obviously aided by the pandemic, but Hucker notes the gains were better than those reported by rivals.

“We know that we have grown in market share and taken more than our fair share of market share to the chagrin of some of the national players,” Hucker said.

To gain share in the future, Southeastern Grocers is relying on a strategy that requires re-adjusting its portfolio of geographies and banners to focus on those it believes will give it the best chance of winning. The process was enabled by the fresh start the company gave itself in early 2018 by filing a voluntary petition for reorganization under Chapter 11 in the Bankruptcy Court. The prepackaged plan of reorganization saw the company re-emerge quickly and with greater financial flexibility to pursue a growth strategy centered on streamlining operations to focus on key growth markets and to undo some prior strategic decisions.

For example, after BI-LO and Winn-Dixie merged in 2012 and acquired the Sweetbay and Harveys banners the following year, there were plans to go public. However, efforts to integrate the stores, implement a new supply agreement and switch to an everyday low price strategy in 2016 didn’t work out. That’s about when Hucker joined the company, which had adopted the Southeastern Grocers name in 2015. His diverse background was seen as the ideal combination to execute a plan that involved deleveraging the balance sheet and stabilizing the business through a series of retail best-practices and cost-savings initiatives, improving sourcing and labor productivity and returning to a high-low pricing strategy. The company also opted to increase investments in its store base, loyalty program and private brands.

But getting the store base right was key. For example, in May of this year the company agreed to sell 62 stores, comprised of 46 BI-LO stores and 16 Harveys stores throughout the Carolinas and Georgia to the Food Lion subsidiary of Ahold Delhaize USA. In September 2020, an agreement was reached to sell an additional 23 stores, to Alex Lee, the parent company of Lowes Foods. In early December the company was still exploring options for 39 BI-LO stores and one Harveys location.

The moves were significant because they give Southeastern Grocers a go-forward retail footprint comprised of 420 stores located in five states operating under three banners with Florida accounting for roughly 76% of its locations with combined annual sales of $6.7 billion.

Southeastern Grocers’ focus the past three and half years has been on right-sizing its footprint and improving the productivity of existing locations, which is a classic strategy for retailers looking to transform their operations. The company uses the term “renew” to describe remodeling and remerchandising efforts, which have been considerable. For example in 2018, 96 locations were renewed, followed by 53 in 2019 and 33 this year.

“By the end of the year we will have renewed, remodeled, converted or opened 55% of the entire company. We are just past halftime of the five-year transformation,” Hucker said.

The focus on renewals is working. Each store requires an average investment of about $1 million, which results in an approximately 10% increase in sales based on the performance of roughly 125 stores that went through the renewal process a year ago.

Store renewals are great, but for Southeastern Grocers to grow and to foster a culture of winning, the opening of new locations is also important. That was one of the more notable developments at the company this year where eight new stores were opened, including locations that had been acquired from failed retailers such as Earth Fare and Lucky’s Market.

Going forward, Southeastern Grocers has indicated to investors in regulatory filings related to a planned initial public stock offering that it could open as many as 10 stores annually.

“We will buy, build and convert,” Hucker said of the expansion strategy, with the composition of the 10 annual openings target being a combination of the three existing banners. 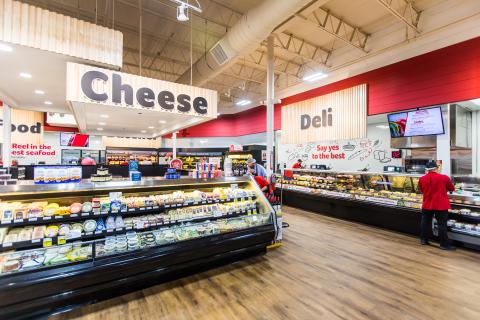 The company applies that same philosophy to marketing and loyalty efforts. There are more than 7 million active members in Southeastern Grocers’ loyalty program and they accounted for 85% of all sales and 75% of all transactions in 2019. Most of the company’s direct supermarket competitors in the Florida market don’t have loyalty programs, according to Hucker.

“What our competitors do is mass marketing. With a connected personalization program we can avoid marketing waste and it allows us to be very data-driven. We put the customer at the center of a decision-making process that is driven by data and analytics that allows us to have a one-on-one relationship,” Hucker said.

The personalization capabilities are powered by dunnhumby, which Hucker described as the central nervous system, supplemented with insights from News America Marketing and Eagle Eye.

“A lot of retailers are coming off print and going completely digital, but we over index with a slightly older population in Florida. We can’t get rid of the ad. We actually tried to reduce the number of pages a couple years ago and it didn’t work,” Hucker said. “It is still an important part of our marketing communication to customers.”

Another key element of the company’s value proposition with shoppers, as it is for many retailers, is to grow sales of a private brand portfolio that consists of about 8,000 products and will see the addition of 400 new items this year.

“We have a four tier system. SE Essentials is our opening price point, SE Grocers is our mid-tier, Prestige is our premium tier and then we have Naturally Better, which is all organic,” Hucker said. Private brand penetration of total sales stood at 26% during the first half of 2020 and Hucker sees that figure heading higher. “You have to find the right balance because customers want choice, but the ambition is to get to a 30% penetration rate.”

And why not? For every 1% increase in penetration rate, the company estimates that it gains an additional $7 million in gross profit annually.

It Won’ t Be Easy

Nothing in the food retailing industry is given. For Southeastern Grocers to be successful in the coming year and beyond means going up against some of the best known most highly regarded retailers on the planet. The company understands this and knows prospective investors in its planned IPO do too, which is why a high degree of transparency is provided regarding competitive overlap.

For example, Southeastern Grocers notes that its go forward base of 420 stores will be within five miles of locations operated by Walmart (87%), Publix (77%), Target (56%) and Aldi and Save A Lot (50%). Hucker worked at Aldi and Walmart earlier in his career and knows how good those companies are and everyone in the food retailing industry knows what a formidable competitor Publix is in Florida.

“People can copy our products, prices and processes, but they cannot copy our people, which means they can’t copy our culture. The culture of an organization is the sum of people in an organization,” Hucker said. “Don’t take my word for it. Talk to our associates. We are driven by being a people business and people first company. We just happen to sell groceries.”