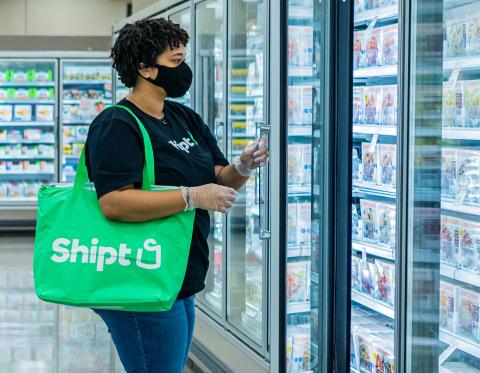 Customers across the United States can now take advantage of same-day delivery with Shipt across nearly 1,000 more stores, and more than 2 million more households can now access the service.

Shipt has rolled out its largest nationwide expansion in three years, introducing its same-day delivery services to more stores and reaching millions of potential new customers. As a result of this expansion, customers across the United States can take advantage of same-day delivery with Shipt across nearly 1,000 more stores from some of their favorite local retailers, and more than 2 million more households who previously were just outside of Shipt’s coverage area can now access the service.

“This is the first time Shipt has expanded this way,” said Shipt COO Bridget Fruit. “Over the years, Shipt has launched one city at a time or rolled out a new retail partner nationwide, but this exciting coast-to-coast expansion is unlike anything we’ve done before.”

Shipt worked with the company’s existing retail partners to identify areas of opportunity for store location growth, and about a quarter benefit from the expansion, including CVS. For example, through this expansion, Shipt is now available from more than 200 additional CVS locations than before. Customers in 5,000-plus communities across the country now have access to Shipt, with those in the Atlanta; Charlotte, N.C.; Los Angeles; and Seattle areas seeing some of the highest number of new store locations available to them.

Shipt’s expansion also helps about 40 of its retail partners reach-brand new customers through same-day delivery, and consumers in the Atlanta; Charlotte, N.C.; Cincinnati; and Indianapolis areas will experience some of the biggest impact of that rollout. The greater reach of retailers on Shipt’s marketplace and those using the company’s delivery-only service, Shipt Driven, boosts their business across verticals, from grocery to wellness to home goods.

“This expansion recognizes the importance of same-day delivery in people’s lives,” continued Fruit. “We’re growing strategically and intentionally with a commitment to provide our customers with even more places to shop, retailers with the opportunity to reach new customers, and Shipt Shoppers with even more flexible earning potential than ever before.”

Customers can check Shipt’s availability in their area by visiting the company’s website and entering their ZIP code.

Through a community of Shipt Shoppers and an app, Shipt provides personal shopping and delivery and is available to 80% of households in more than 5,000 U.S. cities. The company is an independently operated, wholly owned subsidiary of Minneapolis-based Target Corp., which No. 6 on The PG100, Progressive Grocer’s 2021 list of the top food and consumables retailers in North America, with nearly 1,900 locations. With its CVS Pharmacy subsidiary operating almost 10,000 locations nationwide, Woonsocket, R.I.-based CVS Health is No. 7 on The PG 100.