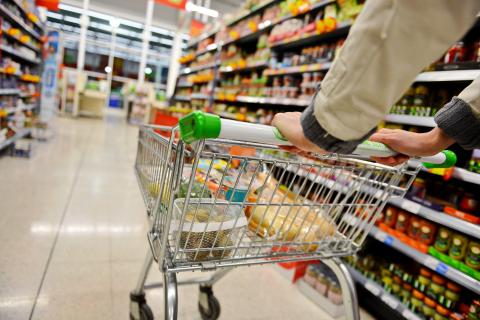 Digital media and promotions technology company Quotient and Place Exchange, a supply-side platform for programmatic out-of-home (OOH) and place-based media, are now providing access to the largest network of digital in-store audio messaging in the United States, InStore Audio Network, which reaches more than 100 million shoppers each week in 16,000-plus stores across the country. Place Exchange enables Quotient’s retailer and advertiser clients to reach consumers at the point of purchase via InStore Audio Network’s digital audio program at such major grocery and drug chains as Albertsons/Safeway, Southeastern Grocers, Schnucks, Ahold Delhaize, CVS and Rite Aid.

Although research from Quotient has found that 95% of shoppers visit a grocery store or pharmacy at least once a week, there have traditionally been limited opportunities to engage these shoppers across every aisle of the store, when they’re actively making purchase decisions. This integration gives marketers the opportunity to reach consumers at the point of purchase while they’re deciding what to buy.

“This announcement marks Quotient’s entry into a new channel in our expansive omnichannel offering,” noted Steven Boal, CEO and founder of Salt Lake City-based Quotient. “Audio can deliver lower-funnel, high-impact messages targeted to the right consumers as they are making buying decisions. Reaching shoppers with captivating audio while actively purchasing at grocery and drug stores is a development we are all very excited about.”

“We are thrilled to expand into the audio out-of-home space by being the first to offer programmatic access to the largest in-store audio publisher,” said Ari Buchalter, CEO of New York-based Place Exchange. “Programmatic buying gives advertisers ease, flexibility and automation, which is especially powerful with a digital out-of-home channel like audio, since it delivers messaging at the precise moments before purchases are made, creating immediate impact for brands.”

Audio OOH is highly complementary to other omnichannel media used to engage shoppers before and during visits to grocery and drug stores. It also allows advertisers to educate, influence and direct a captive shopping audience in every aisle of the store. Audio OOH media can be targeted with Quotient’s exclusive, proprietary data and measured alongside other digital media channels. Available measurement includes total attributable sales, average brand spend per impression and return on ad spend.

“As the largest in-store audio network in the U.S., we reach over 100 million shoppers each week with digital audio messaging delivered right at the point of purchase,” observed Gary Seem, president and CEO of Princeton, N.J.-based InStore Audio Network. “By allowing advertisers to access and purchase our inventory programmatically, audio advertising can be a highly effective, easy-to-manage tool in the marketer’s digital toolbox.”

Boise, Idaho-based Albertsons, which operates more than 2,200 retail stores with 1,700-plus pharmacies, 400 associated fuel centers, 22 dedicated distribution centers and 20 manufacturing facilities., is No. 8 on The PG 100, Progressive Grocer’s 2021 list of the top food and consumables retailers in North America. Ahold Delhaize USA, a division of Zaandam, Netherlands-based Ahold Delhaize operates more than 2,000 stores across 23 states and is No. 10 on The PG 100, while Woonsocket, R.I.-based CVS Health is No. 7; Camp Hill, Pa.-based Rite Aid is No. 19, Jacksonville, Fla.-based Southeastern Grocers is No. 43; and St. Louis-based Schnucks is No. 64.