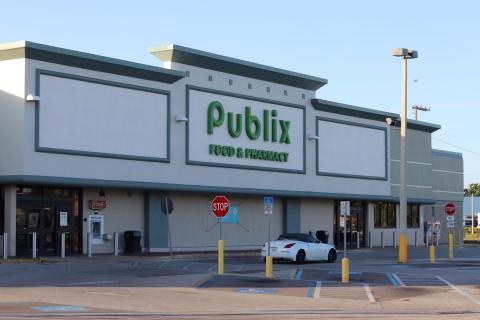 For the second year in a row, Publix has been named United Way’s No. 1 Global Corporate Leader.

Publix Super Markets is once again being honored for its contribution to charitable organizations. For the second year in a row, Publix has been named United Way’s No. 1 Global Corporate Leader.

The total contribution is being distributed among its 109 local United Ways in Publix’s seven-state operating area of Florida, Georgia, Alabama, Tennessee, South Carolina, North Carolina and Virginia. The contributions will advance local United Way efforts to improve the health and wellness of individuals, early education, and financial stability in the communities that Publix serves.

“In a year that was challenging for so many, I’m proud of our associates for continuing to lead with giving hearts and supporting their neighbors in need,” said Publix CEO Todd Jones. “For more than 40 years, our associates have committed to building stronger communities through donations made during our annual United Way campaign, and this year was no exception. We’re honored to once again be recognized as United Way’s No. 1 Global Corporate Leader.”

"The support Publix provides United Way helps build stronger communities, and we are grateful for their generosity," said Suzanne McCormick, U.S. president at Alexandria, Va.-based United Way Worldwide. "The last year was incredibly challenging, and I want to recognize their critical support during an unprecedented time. Not only were Publix associates serving customers daily, but they also provided vaccinations, helping protect the most vulnerable. During it all, Publix associates gave back so generously to their local United Ways. We are honored to recognize Publix once again as our top corporate supporter."

The distinction of being United Way’s No. 1 Global Corporate Leader follows last week’s news that Publix is the No. 1 March of Dimes corporate partner in supporting maternal and infant health for the sixth year in a row. The grocer raised more than $5.4 million in 2021 through its register campaign, coupled with associate giving, bringing its total 26-year contribution to the organization to $95 million.

Other charitable organizations that Publix has raised funds for this year include the Arbor Day Foundation, American Red Cross’ Spring Tornadoes and Floods, and Special Olympics.

Privately owned and operated by its more than 225,000 employees, Lakeland, Fla.- based Publix has 1,272 stores in Florida, Georgia, Alabama, Tennessee, South Carolina, North Carolina and Virginia. The company is No. 11 on The PG 100, Progressive Grocer’s 2021 list of the top food and consumables retailers in North America.