Snacks used to be only candy or chips, but advances in the marketing of fresh produce have helped to break down that sugary, salty wall.

Many fruits and vegetables are easily eaten as snacks; many are packaged and sold for that purpose. Branded snack packages of produce may be small, but the sales boom is huge.

Snackable fruits and vegetables accounted for sales of $16.3 billion in the year ended May 27, 2017, according to Nielsen. When iffy items that could be used as ingredients and not just snacks, such as bananas, were subtracted and an “on the go” subcategory was developed, sales over the same period were $1.1 billion. On-the-go snacks posted a compound annual growth rate of more than 10 percent every year between 2012 and 2016.

Manufacturers and retailers have introduced 900 new snacking items during this period, with 600 being individual servings of fresh-cut fruit — with and without additional items. 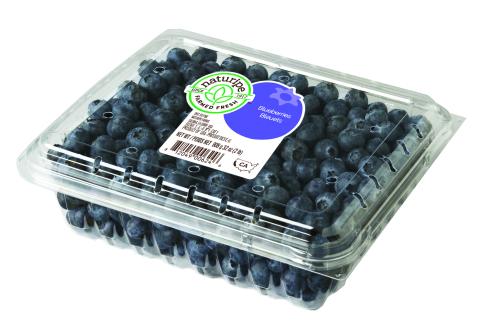 The New Way to Eat Healthy

The typical produce snack customer is female and either a Baby Boomer or Gen Xer. Snacking draws the second-highest numbers behind dinner as a meal occasion when shoppers want to consume produce.

Up from 15 percent in 2017, 38% of shoppers want their produce department to carry more snack-size vegetables, and 35% want more fruit snack packs, according to the Food Marketing Institute (FMI) report “The Power of Produce 2019.” As customers try to add more produce to their diets, snacking is a highly important and simple way to fulfill this purpose, with 58% of those surveyed by FMI saying they use produce snacks to achieve this goal. 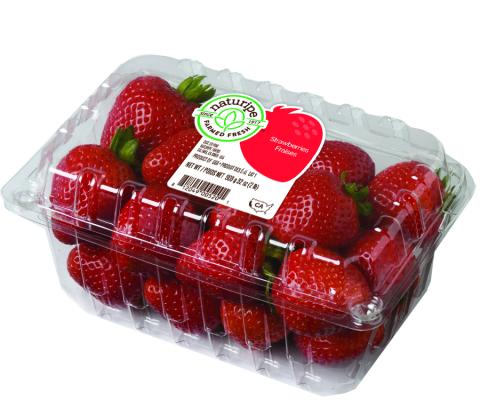 Dinner, snacking and lunch are key avenues to increase fresh produce consumption across all demographics, according to "The Power of Produce 2019.” Customers want convenient, time-saving and portable solutions for their healthy snacks. This is seen in the growing demand for branded and value-added produce.

The number of snacks that consumers eat has increased from 3.9 per day in the 1970s to 5.6 in 2010, according to the National Health & Nutrition Examination Survey. This number includes chips, candy or any other snack. Top reasons for snacking other than being hungry include “I need energy” and “I want something nutritious.”

Branded cups of diced or sliced fruits and vegetables line refrigerated cases, and customers grab them because produce snacking is Mom- or Dad-approved for the kids and for themselves. For kid lunches, after school or just a quick healthy snack, this segment appears to be a new staple in the produce department.

“We sell Chiquita apple snacks and slices,” says Terry Esteve, produce director at New Orleans- and Baton Rouge, La.-based Robért Fresh Markets. “The apple snacks do best when school is in [session]. They are lunchbox-sized and offer apples and grapes in the same pack, or just sliced apples.”

Smoothies continue to grow in popularity. These healthy drinks are portable and can serve as a fast liquid snack or meal replacement. Health-conscious customers prefer fruit smoothies over other types, according to Technavio Market Research, whose U.S. office is in Elmhurst, Ill. The global smoothie market is poised to see a compound annual growth rate of almost 9 percent by 2022.

Branded smoothies are big business. Some of the top smoothie brands include Bolthouse Farms, with carrots and other vegetables; Odwalla, which calls its smoothies the original superfood and is owned by The Coca-Cola Co.; Naked Juice, owned by PepsiCo; and new Simply Smoothies, also owned by Coca-Cola.

Bottled smoothies add to the convenience and portability of produce snacks, since there’s nothing to chop or blend. Flavors can vary — at least two of the smoothie brands mentioned above offer limited-edition Pumpkin Spice varieties during fall. According to the Food Marketing Institute’s “The Power of Produce 2019” report, produce-based beverages merchandised in the produce department are a still small but rapidly growing market. Half of shoppers purchase them, primarily younger, male and higher-income consumers.

Robért Fresh Markets introduced more lines of branded snack vegetables in 2019, Esteve notes, adding, “We offer individual serving-size packs of mini cucumbers with grape tomatoes or mini sweet peppers, as well as a snack-sized grape tomato package. All do very well when schools are in.”

“Apples are a popular snack, and three out of four apple-eating occasions are for snacking,” says Brianna Shales, communications manager for Wenatchee, Wash.-based Stemilt Growers. “Our Lil Snappers brand of 3-pound apples or pears is perfect for snacking occasions, as it’s a ‘kid-sized’ piece of fruit and a great on-the-go snacking item. But really, any apple is a great portable snack.”

Steven Ware, VP and general manager of Naturipe Value Added Fresh at Naturipe Farms, a grower-owned partnership based in Salinas, Calif., notes that his company’s snacks are “easy, convenient and great for all snackers, from students and professionals to kids and families.” According to Shales, meanwhile, people want to eat healthy but don’t always have time to do so. “Highlighting the portability and convenience produce offers people and coming up with new portable packs are great ways to keep customers enjoying more fruits and vegetables,” she says.

Handy Candy is the fitting name of Flavor Pic’s snack-size grape tomatoes, which come in 4- and 2-ounce sizes. The “candy” part of the product’s name comes from the company’s test of its tomatoes, which must pass the company flavor profile and measure high on the Brix sweetness scale before being so labeled. 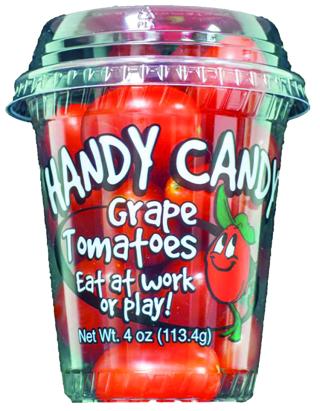 The product containers are display-ready, with resealable and biodegradable cups, and can be located wherever retailers need them to be, according to Prather. Also available from Flavor Pic are Handy Candy Blueberries, which are packaged in Corona, Calif., by the company’s partners at Veg-Fresh Farms.

Naturipe Farms is known for its wide variety of berries, avocados and organic items.

“Naturipe Snacks is our healthy and convenient snacks line that pairs fresh-picked strawberries and blueberries with specialty cheese and seasoned nuts in a portable package,” Ware notes. “Naturipe Snacks are the ideal snack option for consumers looking for a ready-to-eat snack that nourishes and satisfies with protein, fiber, vitamin C and calcium.” The line's four varieties are Sweet & Crunchy, Sweet & Zesty, Classic & Sharp, and Bold & Spicy.

“Health, convenience, and snacking are three components that continue to grow rapidly in the produce business,” asserts Ware. “Demand grows as consumers focus on healthier, convenient options. We developed our snacks with health and portability in mind.” 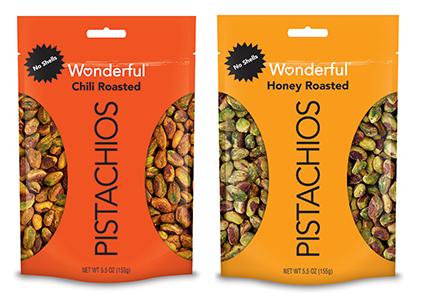 Another portable snack is in most grocers’ produce departments: shelled nuts. Wonderful Pistachios has launched new flavors for those who want something sweet or spicy. The new no-shells offerings are bagged Chili Roasted and Honey Roasted varieties for on-the-go snacking.

“Snacking in 2019 is all about flavor; it’s a key factor considered when we select any type of snack, and we also know that people eat more nuts when they’re flavored,” explains Adam Cooper, SVP of marketing at the Los Angeles-based Wonderful Co.

Most supermarkets also package their own value-added snack packs.

“We’ve recently started doing a 12-ounce cup of chunked melons or pineapples, and a cup of grapes ready to eat,” says Esteve. “We put them in stainless ice bins by the front end for the lunch crowd. So far, it is working well. We do a big prepared food lunch business, and our salad bars do really well, so this offers customers something healthy to go along with their lunch. It’s a small serving with an attractive retail and does well.”

As healthy diets become even more popular, branded produce snacks should continue to see healthy sales increases. As noted in “The Power of Produce 2019,” the only barrier to growth among all shoppers of snackable produce appears to be the price differential.