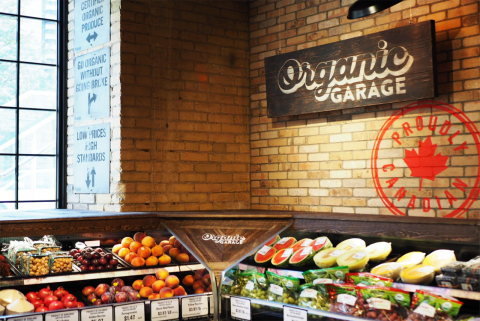 The Future of Cheese will operate as a complementary but separate business from that of food retailer Organic Garage, which is acquiring the plant-based cheese maker.

Independent Canadian organic food retailer Organic Garage Ltd. has entered into a definitive agreement to acquire The Future of Cheese Co. (FoC), a private Canadian corporation. Under the terms of the agreement, Organic Garage will acquire all of the issued and outstanding shares of FoC by issuing 13.8 million common shares to the shareholders of FoC at 45 cents CAN per share. Six hundred and ninety thousand common shares will also be issued to an arm’s-length finder in connection with the acquisition.

“I am pleased that we have concluded the Future of Cheese definitive agreement and can move to the next step of the closing of the transaction,” said Matt Lurie, CEO of Toronto-based Organic Garage. “The team at FoC has been working very hard and preparing for the next phase of their rollout, which is getting the products into the market.”

Also based in Toronto, FoC is a premium plant-based foods company that develops, manufactures and markets plant-based dairy alternative products. As part of the agreement, the company will change its name to The Future of Cheese Inc., become a wholly-owned subsidiary of Organic Garage, and operate as a complementary but separate business from that of Organic Garage. The current directors and officers of FoC, Craig Harding and Jennifer Wojtaszek, will stay on in their respective roles after the acquisition wraps.

“The agreement with Organic Garage paves the way for both companies to achieve combined exponential growth, and potential increased value for [Organic Garage’s] shareholders, by entering the exciting plant-based food space led by a team unmatched by competitors,” noted Harding.

Completion of the acquisition is subject to acceptance by the TSX Venture Exchange (a Canadian stock exchange) and other customary conditions. The deal is expected to close by the end of this month, subject to satisfaction of all closing conditions set out in the definitive agreement.

Founded in 2005 by a fourth-generation grocer, Organic Garage operates five locations and is focused on continuing to expand its retail footprint within the greater Toronto area.