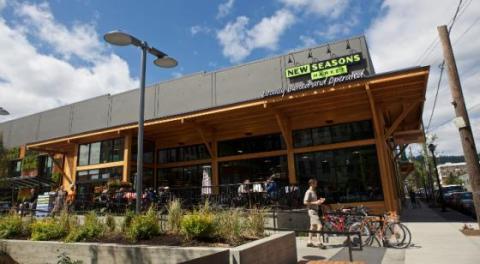 New Seasons Market is raising starting pay to $15 an hour in 2019 at stores across California, Oregon and Washington, as is sister chain New Leaf Community Markets at its Northern California locations.

Effective Feb. 1, 2019, the starting pay will increase for all staff at stores in Portland, Ore.; southwest Washington and Northern California. The raises are part of a multi-year strategy by the independent grocer that has resulted in a 50 percent increase in starting pay for the regions since 2015.

Additional updates to pay programs will include increased wage scales, more frequent pay increases, adjustments based on time with the company, and a simplified review process for more predictable pay progression. With all the changes, more than 80 percent of clerks at the two chains will see their pay rise in February.

“These updates have been our goal since our most recent major investment in starting pay in 2016 and we are happy to be able to make it happen even earlier than planned,” said Forrest Hoffmaster, co-president of New Seasons. “The grocery industry, as one of the largest employers of hourly workers, has an opportunity to improve equity and livability for the people working in stores, and we’re proud to be a leader in this area.”

The investments in their pay program furthers New Seasons' and New Leaf's extended commitment to policies and programs that help nurture staff and the communities they serve. Some of these include improved healthcare, paid parental leave, secure lifestyle scheduling, paid volunteer opportunities, career development and more.

“New Seasons Market and New Leaf Community Markets are committed to supporting staff with competitive pay and benefits as part of our founding values,” said Kristi McFarland, co-president of New Seasons Market. “We want to attract and retain the best people, and have been listening and responding to staff suggestions to assist their growth with the company and help our communities thrive.”

Additional food retailers to raise associate wages this year include Target, which upped starting minimum wage to $12 per hour; Walmart, which raised starting hourly wage to $11; and Natural Grocers, which also upped its minimum pay to $11 an hour. Ecommerce giant Amazon also raised its minimum hourly wage to $15 for all full-time, part-time, temporary and seasonal employees following introduction of federal legislation that would give large companies like Amazon and Walmart the option of either paying employees a living wage or footing the bill for public-assistance programs on which low-wage workers often rely.

Other retailers that have increased their entry-level wages in recent years include such top grocers as Costco, whose lowest hourly wages are now between $13 and $13.50, and Whole Foods, whose starting pay is now $15 an hour.

Currently, federal minimum wage is $7.25 an hour, though this is changing from state to state. According to the National Conference of State Legislatures, eight states (Alaska, Florida, Minnesota, Missouri, Montana, New Jersey, Ohio, and South Dakota) automatically increased their rates based on the cost of living at the beginning of the year, while eleven states (Arizona, California, Colorado, Hawaii, Maine, Michigan, New York, Rhode Island, Vermont and Washington) increased their rates due to previously approved legislation or ballot initiatives.

There is a correlation between pay transparency and success in the grocery business, according to recent research from Seattle-based PayScale, which provides on-demand cloud compensation solutions. On the list of 100 companies honored as the Pay Transparency Heroes of 2018, Aldi lands at No. 1; Trader Joe’s falls at No. 4; and Smith’s Food and Drug Stores, Costco Wholesale Corp., H-E-B, Sprouts Farmers Market, Save Mart Supermarkets and Publix Super Markets also place. At the time of the report's release, Chris Martin, lead data analyst with Seattle-based Payscale, told Progressive Grocer that these grocers are successful in turning their compensation strategy into happier and more engaged employees and, thus, happier shoppers because they go beyond just developing their pay philosophy and compensation plan.

“You need to own the narrative of that pay plan all the way to down to the front line in your organization,” he said.