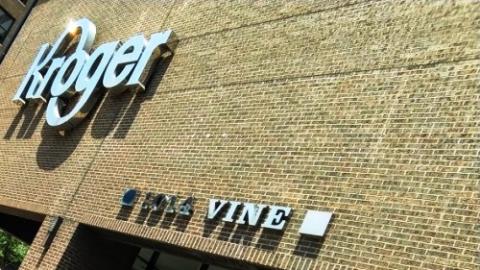 The eyes of the food retailing world will be on Kroger this week when the company is expected to revisit and revise its 2-year-old Restock Kroger transformation plan.

The Cincinnati-based grocer alluded to potential revisions to Restock when it reported second-quarter results on Sept. 12 and failed to affirm a key financial target established when the Restock transformation plan was launched in late 2017. As Kroger CEO Rodney McMullen reminded investors during the Q2 call, “Restock Kroger has four main drivers: redefine the grocery customer experience, partner for customer value, develop talent and live our purpose. Combined, these drivers come together to create shareholder value.”

Kroger has made progress on each of those fronts and during the second quarter ended Aug. 17 posted a 2.2% same-store sales increase, its strongest quarterly gain since Restock began. Other positives included continued growth of store brands, the nearly complete rollout of grocery pick-up, increased usage of Kroger Precision Marketing services, revenue growth from non-products sales and an innovative program with Walgreens that extends Kroger-branded food departments to drug stores.

Nevertheless, Kroger injected uncertainty into its outlook shared at the time when it failed to reconfirm a goal of producing a $400 million incremental increase in operating profit over the course of the three-year program. Despite analysts’ attempts to probe the issue, Kroger executives’ default response was to wait until the Nov. 5 investor conference.

The logic behind the delay is sound because a few comments on a quarterly investor call are more easily misconstrued than more deliberate thoughts shared during a half day meeting with numerous top company executives in a face-to-face meeting at the New York Stock Exchange.

Last year, Kroger held its investor conference in Cincinnati so the fact that this year’s meeting is being held in New York shows the company is keen to attract a large in-person audience to hear what’s next for Year 3 of a three-year plan.

One possibility is the company resets the clock on the Restock timeframe. It is fairly common for companies to revisit assumptions made at the start of multiyear plan after those plans have been underway for awhile and then set new targets for subsequent years.

Aside from specific financial targets, investors will be looking for more insight into the timing of automated grocery fulfillment centers developed in partnership with U.K. retailer Ocado. Kroger has identified a handful of the 20 planned locations, but not provided details on the timing of openings or anticipated contributions to sales.