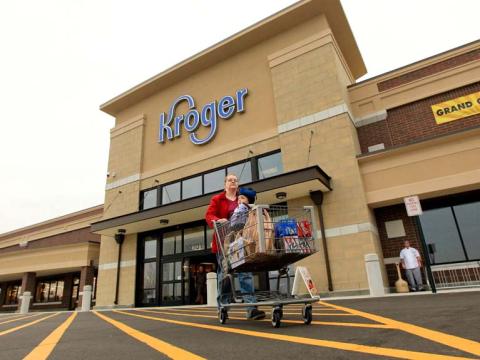 Kroger stopped accepting Visa cards last year at its Foods Co. banner in California, and then widened the ban to other stores

The Kroger Co. has rescinded its ban on Visa cards.

The company will now allow the payment network’s credit cards to be accepted in all of its stores several months after the chain stopped accepting Visa cards at hundreds of its locations.

For the time being, however, banning Visa cards will no longer be an option for Kroger.

“Kroger now accepts Visa credit cards at all our family of stores, including Smith’s and Foods Co.,” Kristal Howard, a spokeswoman for Kroger, said in an emailed statement to Bloomberg, noting that the change is effective on Wednesday, Oct. 30.

In a separate matter, Kroger dropped a federal lawsuit against Visa in August after the grocer and the credit card company came to a confidential settlement agreement. Kroger filed suit in 2016, alleging that Visa threatened to raise fees and cut off the supermarket operator from accepting its debit cards because of a dispute about the use of personal identification numbers (PINs) to verify debit-card transactions. Visa denied the allegations.