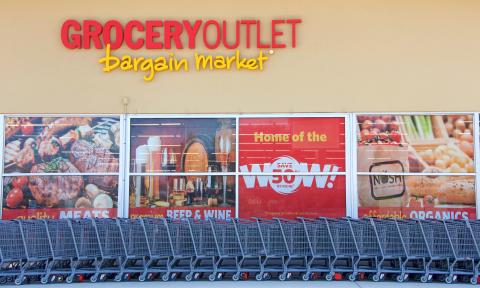 In line with its Q2 results, Grocery Outlet is raising its fiscal 2022 outlook on such key metrics as net sales and comparable-store sales.

Reporting its financial results for the second quarter of fiscal 2022 ended July 2, Grocery Outlet Holding Corp. revealed a net sales increase of 15.7% to $897.7 million versus the year-ago period, comparable-store sales increases of 11.2% from last year and 17.9% on a three-year stacked basis, and the opening of seven new stores, for a total of 425 locations in eight states at the end of the quarter.

“We are extremely pleased with our second-quarter performance and the continued momentum in our business,” noted Grocery Outlet CEO Eric Lindberg. “Our mission of Touching Lives for the Better has always been firmly rooted in providing customers access to affordable-quality food at unbeatable savings. As consumers are faced with record levels of inflation, our business is well positioned to help them stretch their budgets. I would like to thank our talented independent operators and team members for their tireless commitment to that mission.”

“We delivered strong second-quarter results, exceeding both our top- and bottom-line expectations, which is a testament to our value-oriented model and our hard-working team,” said Grocery Outlet CFO Charles Bracher. “Our increased full-year outlook reflects solid first-half performance, ongoing momentum in the current quarter and continued reinvestments in our business in support of our long-term objectives.”