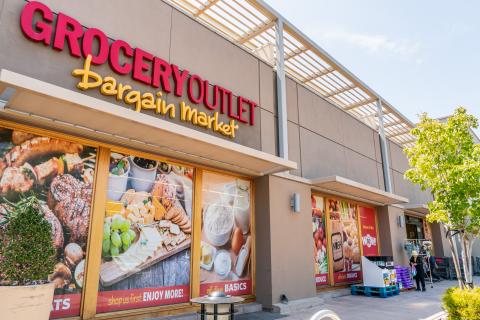 Grocery Outlet opened four new stores and closed one during its first quarter of fiscal 2022, finishing the quarter with 418 stores in seven states.

The company also opened four new stores and closed one, finishing the quarter with 418 stores in seven states.

“We are excited about our year-to-date performance, including better-than-expected top- and bottom-line results in the first quarter,” noted Grocery Outlet CEO Eric Lindberg. “Traffic trends in the second quarter are strong, as we believe consumers are increasingly looking to stretch their shopping dollar in light of inflation. As we look across our business, we are encouraged by the health of our supply pipeline as well as the excitement and dedication of our independent operators. In addition, we continue to make important investments in support of future growth, which reinforces our confidence in delivering strong shareholder returns over the long term.”

The company went on to report that at the end of the first quarter, cash and cash equivalents totaled $138.0 million, and that total debt was $452.0 million, net of unamortized discounts and debt issuance costs. Net cash provided by operating activities during the first quarter of fiscal 2022 was $36.3 million, and capital expenditures for the quarter, before the impact of tenant improvement allowances, were $34.8 million, and, net of tenant improvement allowances, came to $27.2 million.

The company additionally revealed that on April 29, it prepaid $75.0 million of principal on the senior term loan outstanding under its first lien credit agreement.

“Our unique business model and compelling value proposition are increasingly relevant to customers in light of the current macroeconomic environment,” observed Grocery Outlet CFO Charles Bracher. “Reflecting our strong first-quarter results and continued momentum, we are raising our net sales and earnings guidance for fiscal 2022. And while we continue to prioritize investments in support of future growth, we recently utilized $75 million of excess cash to opportunistically reduce leverage, given rising interest rates.”

Based in Emeryville, Calif., Grocery Outlet has more than 420 stores in California, Washington, Oregon, Pennsylvania, Idaho, Nevada and New Jersey. The company is No. 69 on The PG 100, Progressive Grocer’s 2021 list of the top food and consumables retailers in North America.