The Albertsons Cos. saw ecommerce sales more than double during the first quarter of its fiscal 2018, a period that also realized a small lift in identical sales and strong growth in private-label penetration.

During the period, which ended June 16, ecommerce sales, including those of meal kits under the Plated brand the company purchased last fall, grew 108 percent. Among the ecommerce-related grocery technology initiatives launched during the period, Albertsons Cos.:

Private-label penetration, meanwhile, grew by 56 basis points to 24 percent, with the grocer’s Own Brands program now including more than 400 new items. During Q1, the Boise, Idaho-based grocer said it was on track to launch 1,400 products in the program this year, a more-than-twofold increase over 2017’s private-label launches.

"We are pleased with our first-quarter results as both identical sales and adjusted EBITDA increased for the second consecutive quarter," said Bob Miller, chairman and CEO. "We continue to roll out unique options for our customers as we strive to differentiate through our best in class own brands and rapidly expanding ecommerce offerings.” 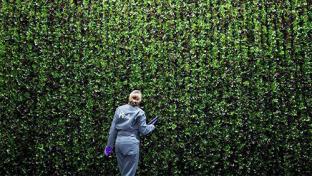