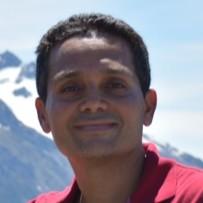 Albertsons Cos. has hired former Kohl’s executive Gautam Kotwal as its new EVP and chief data and analytics officer, where he will be responsible for building out the retailer’s omnichannel operations. He will be based at the retailer’s Pleasanton, Calif., office.

In his new role, the former department store executive will lead innovation efforts to help differentiate and further personalize where, when and how its patrons shop, and add value to the process.

“Our omnichannel platform is something our organization is deeply committed to, and to best serve our customers who shop each channel, we must begin to look at data across not only our customer base, but also within our company, to further innovate within our industry,” said Jim Donald, Albertsons Cos. president and COO.

During his two-year stint as VP of analytics, data platform and data science engineering at Kohl’s, Kotwal built the retailer’s BigData team with the goal of enabling “an insights-driven organization by democratizing data and science.” He began his tenure at the Milwaukee-based retailer as director of innovation before moving into his subsequent role there.

Before joining Kohl’s, Kotwal worked at Netflix as engineering manager. He quickly became director of engineering, in which role he was responsible for Netflix Streaming’s test strategy, vision, test architecture and test automation.

“Gautam possesses a unique blend of technical skill, boundless enthusiasm, and a commitment to developing people and teams, all of which will serve him well in this new role,” Donald added. “I’m excited to have Gautam join our company and formalize our data and analytics efforts under his leadership so that we can better engage our customers, no matter where they shop with us.”