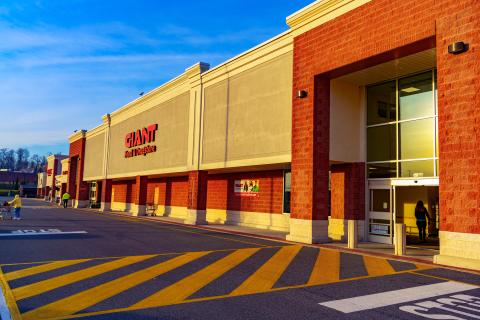 The Giant Co.is launching 30 days of activities in observance of Hunger Action Month with the inaugural Giant Grocery Grab, in Harrisburg, Pa., during which contestants will try to out-shop one another, raising awareness for area hunger relief organizations. In response to increased pressure on the charitable food network, throughout the month of September, The Giant Co. is joining forces with customers and suppliers to raise awareness, donate funds and volunteer to help eradicate hunger in the communities that the grocer serves.

Begun in 2008, Hunger Action Month is the Feeding America national network of food banks’ awareness campaign created to spur the public to act on the issue of hunger.

“While The Giant Co. is committed to helping our local food banks and pantries provide meals to families in need year-round, Hunger Action Month is a time to spark increased awareness and leverage our partnerships to help drive significant change within our communities,” said Glennis Harris, SVP of customer experience at the grocer. “When families come together around the table, they should be connecting with one another, not worrying about where their next meal may come from.”

Among the activities that The Giant Co. has scheduled throughout the month to support families dealing with food insecurity:

Giant Co.’s ongoing hunger relief efforts include its long-running Meat the Needs program, which has donated more than 15 million pounds of meat that would otherwise have gone unsold to food banks.

With more than 35,000 associates supporting nearly 190 stores, 132 pharmacies, 107 fuel stations, and 150-plus online pickup hubs and grocery delivery service in hundreds of ZIP codes, The Giant Co., based in Carlisle, Pa., encompasses the following banners: Giant, Martin’s, Giant Heirloom Market, Giant Direct and Martin's Direct. Parent company Ahold Delhaize USA, a division of Zaandam, Netherlands-based Ahold Delhaize, is No. 10 on The PG 100, Progressive Grocer’s 2021 list of the top food and consumables retailers in the United States.