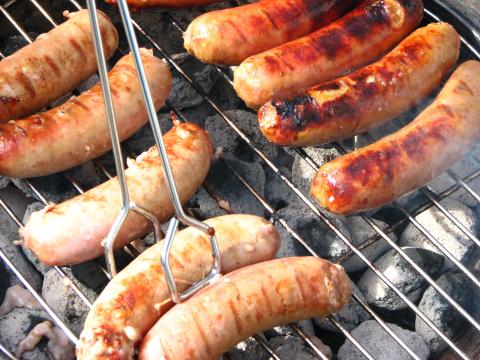 Price-pinched consumers are dialing back some of their food purchases for Independence Day, but will be grilling meats including popular cuts like bratwursts and burgers.

Peak grilling season is just about here, as the Fourth of July holiday approaches. It’s shaping up to be another unconventional occasion following the last two pandemic summers, with inflation having various effects on what people are buying and eating this time around.

First, prices: According to the American Farm Bureau Federation’s new market basket survey, the average cost of a summer cookout for 10 people is $69.68 this year. Overall, that’s up $10 from 2021, the group noted.

Another report from the Wells Fargo Food and Agribusiness Industry Advisory Group found that the cost of a family cookout has risen 11% since this time last year. That report shows that proteins commonly used for grilling have gone up in price between 6% and nearly 25%. Earlier in June, the latest inflation report released by the U.S. Bureau of Labor Statistics (BLS) indicated that the Consumer Price Index (CPI) for meats, poultry, fish and eggs climbed 1.1% just from April to May.

Accordingly, shoppers are changing some of their plans. As indicated by the "2022 Independence Day Preview" from data and tech company Numerator, more than half (53%) of consumers expect inflation to influence their Fourth of July festivities and 39% plan to buy fewer items for this summer holiday. Twenty-five percent said they will scale back on meat or seafood and 24% aren’t buying as many decorations.

That said, grills won’t be idle on this three-day weekend for most. Numerator's data shows that 60% of consumers expect to grill this year, making it the most planned activity. Almost all of those who celebrate Independence  Day – 95% – plan to buy something for the holiday, including snacks (60%), meat and seafood (56%), fruits and vegetables (45%) and side dishes (45%).

Meanwhile, other research shows that grilling remains a popular pastime for the Fourth of July, even if people are opting for burgers over steaks or chicken thighs instead of more premium chicken breasts. Information from the Pantry and Larder website, which is created by food expert, researcher and influencer Veronica Fletcher, affirms the taste for traditional proteins, with pork coming in as the most popular meat to grill on July 4 across 18 states. Within that category, pork chops and bratwursts are especially popular.

As for side dishes, Fletcher’s site reports that deviled eggs and baked beans are tops for party food for Independence Day. Watermelon is a big part of this summer occasion, too, with sales of that kind of produce regularly topping $150 million over the holiday period.

In addition to grilled fare and sides, Americans tend to celebrate the upcoming national holiday with beverages. Numerator’s report confirms that 45% of celebrants plan to buy alcoholic beverages this year.

Beer is big for the Fourth, with 74% of all consumers saying that they buy beer for their get-together and celebrations. Younger consumers are packing their coolers and refrigerators with hard seltzers and ready-to-drink cocktails. Leading brands in those categories include Mike’s Hard, White Claw, Truly, Bud Light Seltzer, Jose Cuervo, High Noon and Topo Chico, Numerator points out.