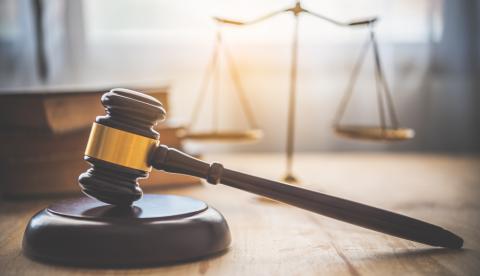 A Texas woman has been awarded $1.325 million by a jury after she slipped and fell at a Brookshire Brothers store while shopping for ice cream.

In one of the largest verdicts of its kind in Orange County, Texas, a woman has been awarded $1.325 million by a jury after she slipped and fell at a Brookshire Brothers grocery store while shopping for ice cream on Memorial Day weekend in 2020.

While Cheryl Huelsman was shopping, she slipped on a puddle near the ice cream freezers that caused her to fall and suffer serious injuries. She broke her kneecap and had to undergo two surgeries. Huelsman was in a brace for several months, couldn't drive and needed help bathing, dressing and doing basic chores. She was 70 at the time of the incident and otherwise in good health.

During the three-day trial, jurors heard evidence that this particular Brookshire Brothers location had recurring issues with leaking freezers dating back as far as August 2019. Brookshire Brothers denied any responsibility for the accident, blaming Huelsman's flip-flops.

At trial, Huelsman's attorneys suggested apportioning 20% responsibility on her. However, the jury attributed 30% to the victim and 70% responsibility to Brookshire Brothers. Additionally, the Brasher Law Firm PLLC team representing Huelsman asked the jury for $1.154 million in closing arguments, but received $1.325 million in a unanimous vote.

"We are happy that the jurors unanimously held the defendant responsible and set a standard for safety in our community," said Clint Brasher, partner at Brasher Law Firm, which has offices in Texas and Louisiana. "We know that stores want customers looking at the goods on their aisles, and we expect stores to fix problems they know are dangerous. We are proud to have helped Ms. Huelsman get the justice she deserves."