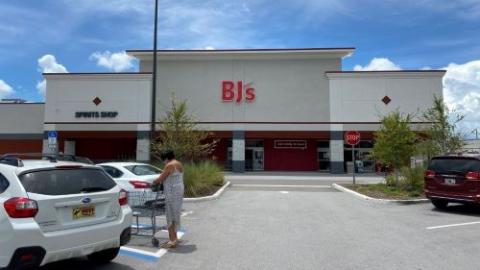 Amid its fourth-quarter and fiscal 2021 results, BJ’s Wholesale Club Holdings Inc. has revealed the first phase of its 2022 development plans for the eastern United States: The company will open four new clubs in Warwick, R.I.; Lady Lake, Fla.; Canton, Mich.; and Greenburgh, N.Y.

While the new clubs in Florida, Michigan and New York will feature the standard assortment of BJ’s products, the Warwick, R.I., club will serve as an innovation lab for the brand. Named BJ’s Market, the club will allow for testing of new assortments, displays, product demonstrations and convenience initiatives.

“We continue to accelerate our expansion, and we’re excited to open these new locations,” said Bill Werner, EVP, strategy and development at BJ’s. “We’re always looking for ways to bring the value and convenience of a BJ’s membership to more shoppers, and extending our reach is a major way of achieving that.”

Each new BJ’s Wholesale Club is expected to create approximately 150 jobs for its community, while BJ’s Market will create around 50 jobs. The company will be hiring for all locations, and those interested in becoming a team member can visit BJs.com/careers.

“2021 was the best year in the company’s history. Our strong financial results were underpinned by continued membership base expansion, a growing digital business and significant progress on key initiatives such as our real estate pipeline,” said Bob Eddy, president and CEO of BJ’s. “We remain focused on our strategic priorities to drive long-term growth: attracting and retaining high-quality members, delivering value, improving convenience through our digital offerings, and expanding our footprint.”

Also at the end of fiscal 2021, BJ’s revealed it was bringing its end-to-end perishable supply chain in-house. The company entered into an agreement to acquire four distribution centers and a related private transportation fleet from longtime partner Burris Logistics, based in Milford, Del. The transaction now allows BJ’s to in-source its perishable supply chain.

Westborough, Mass.-based BJ's operates 226 clubs and 157 BJ’s Gas locations in 17 states. The company is No. 27 on The PG 100, Progressive Grocer’s 2021 list of the top food and consumables retailers in North America.