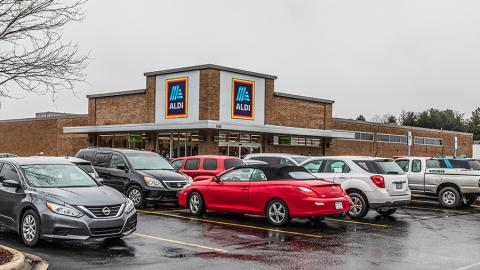 Aldi hopes to have eight Long Island, N.Y., locations this year — the same number as its rival deep-discounter Lidl

German deep-discounter Aldi has revealed plans to open two new stores on New York’s Long Island in the first half of this year, one in Valley Stream – its first location in Nassau County – and one in North Babylon. The grocer is investing more than $5 billion to remodel 1,300 existing stores and open hundreds of new stores across the country in a bid to become the third-largest U.S. grocery retailer by store count by the end of 2022.

Although Aldi has had stores on Long Island since 2011, the new stores – its first in the area since 2016 – are perhaps in response to rival chain Lidl’s plan to open eight locations on the island by this summer. Once Aldi’s Valley Stream and North Babylon stores open, it will have the same number of stores on Long Island, as well as seven New York City stores in four boroughs.

“The goal of our expansion nationally and locally is to reach new shoppers, and we are growing on Long Island because people want Aldi in their communities,” said Bruce Persohn, South Windsor division VP for the company. “We’ve been operating on Long Island and in New York City for nearly 10 years and have been very successful, which is why we’re opening new stores, including our first store in Nassau County. Aldi customers trust us to offer an easy, enjoyable grocery shopping experience with the high-quality food and products they need at the lowest prices, and that’s why they love shopping with us. No matter what, we won’t be beat on price.”

Built with environmentally friendly building materials Aldi’s stores offer five aisles with the most popular products in the most commonly purchased sizes, along with open ceilings and natural lighting.The company stocks a selection of more than 90% exclusive brands.