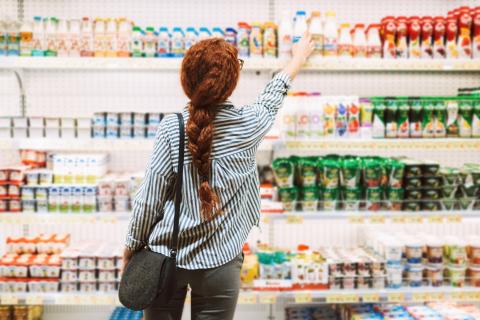 Under a newly revealed commitment, by June 2025, at least 54% of private-brand food sales, including unbranded bulk items at all Ahold Delhaize USA banners will achieve one, two or three stars through the Guiding Stars nutrition guidance program.

Ahold Delhaize USA has revealed a major commitment to boost healthier food sales and publicly disclose the percentage of food sales from better-for-you options. According to the Partnership for a Healthier America (PHA), which is working with the company on the initiative, it’s the largest pledge to increase healthier food sales and transparency from a grocery retailer in the United States.

“With this commitment, Ahold Delhaize USA has raised the bar for grocery retailers,” said Nancy E. Roman, president and CEO of Washington, D.C.-based PHA. “This is a win for consumers, through increased sales of healthier foods, and a win for public health through greater transparency of healthier sales data. When companies are committed to not only stocking healthier options, but also encouraging sales of those items, real change can happen.”

Under the commitment, Ahold Delhaize USA will work toward the following goals:

“Providing customers with affordable, nutritious food every day and leveraging our collective scale to move the needle on important public health issues is integral to our mission to make a local impact with a greater purpose,” said Brittni Furrow, Ahold Delhaize USA’s VP of sustainable retailing and healthy living. “We look forward to this new partnership and working collaboratively to create a healthier America.”

“Guiding Stars is designed to help customers shop for foods with more nutrition,” observed Julie Greene, director of the Scarborough, Maine-based program. “By providing the threshold for better nutrition, Guiding Stars enables Ahold Delhaize USA to measure its efforts in this space.”