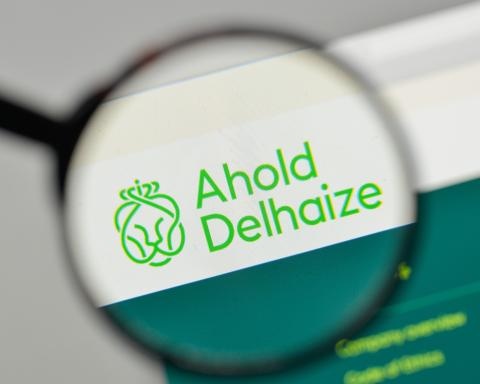 Ahold Delhaize President and CEO Frans Muller called particular attention to "the consistent and robust performance of our U.S. brands" during Q2.

According to the company, group net sales were driven by positive contributions from comparable-sales growth excluding gasoline of 4.7%, foreign currency translation benefits and, to a lesser extent, by the acquisition of DEEN supermarkets in the Netherlands and higher gasoline sales. Q2 group comps benefited by about 0.8 percentage points from calendar shifts relating to the timing of Easter.

In Q2, group net consumer online sales grew 4.8% at constant exchange rates, led by a solid performance in the U.S., which was partly offset by the cycling of a strong Q2 2021 in Europe at bol.com. Excluding the Dutch e-commerce site, for whom Ahold Delhaize has postponed plans for an initial public offering, citing weak equity markets, net consumer online sales rose 11.5% at constant exchange rates.

In Q2, U.S. online sales were up 16.4% in constant currency, building on the strong 61.0% constant currency growth in the same quarter last year, while underlying operating margin in the United States was 4.7%, down 0.3 percentage points at constant exchange rates from the year-ago period. In Q2, the U.S. International Financial Reporting Standards (IFRS) operating margin was also 4.7%.

“I am pleased to report we had a strong second quarter,” said Ahold Delhaize President and CEO Frans Muller. “Our overall results confirm the strength and breadth of our brand portfolio. Our brands' unparalleled understanding of customers, broad assortments and product offerings, as well as the stickiness of food-at-home consumption, are giving us the opportunity to play to our strengths and support customers in a challenging environment.”

Adding that the company’s brands’ “strong value propositions are reflected in increased market shares in the majority of our markets,” Muller observed: “This is particularly visible in the U.S., where the consistent and robust performance of our U.S. brands continued. In the quarter, net sales increased by 7.7% at constant rates, and we maintained a healthy underlying operating profit. Net consumer online sales grew by 16.4% during the quarter. Food Lion continues to perform strongly, achieving its 39th consecutive quarter of growth and double-digit comparable sales. Stop & Shop has taken the next steps in its remodeling program with the announcement of a $140 million investment across its New York City stores over the next two years. This targeted investment aims to improve the shopping experience for local customers by adding thousands of new products to the assortment that reflect the diversity of the neighborhoods and communities Stop & Shop serves.”

Muller also noted that the company would remain strongly focused on its environmental, social and governmental (ESG) efforts, which will be bolstered by the recent appointment of Jan Ernst de Groot as chief sustainability officer.

The chief executive went on to call out such Q2 highlights as Ahold Delhaize second Human Rights Report, Giant Food’s partnership with circular-reuse platform Loop, and Dutch retailer Albert Heijn’s rollout of a 100% electric delivery fleet in 2022 for The Hague city center, with Rotterdam, Utrecht and Amsterdam to follow next year.

According to Muller, based on the strong performance of its U.S. brands, Ahold Delhaize now expects underlying earnings per share (EPS) to increase by mid-single digits compared with 2021 and free cash flow to be approximately €2.0 billion (USD $2.05 billion) versus the guidance issued by the company in May.

Ahold Delhaize USA, a division of Zaandam, Netherlands-based Ahold Delhaize operates more than 2,000 stores across 23 states under the Food Lion, Giant Food, The Giant Co., Hannaford, and Stop & Shop brands and is No. 10 on The PG 100, Progressive Grocer’s 2022 list of the top food and consumables retailers in the United States.