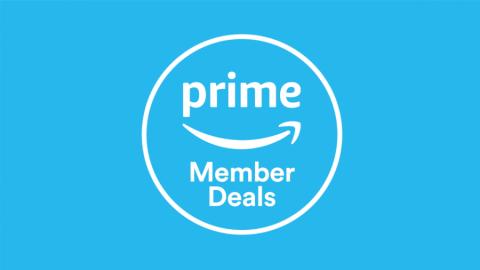 Available in all Florida locations and set to expand nationwide starting this summer, the program gives members an additional 10 percent off sale items, typically including hundreds of products storewide, plus weekly deep discounts on select bestsellers. Prime members will receive the exclusive deals and savings by scanning their Whole Foods mobile app at checkout.

Customers can learn about Prime member deals through in-store advertising and via the Whole Foods mobile app. New and exclusive offers will rotate weekly. For instance, deals set for May 16-22 include:

“By offering greater discounts on sale items, and exclusive deals like $10 off a pound for sustainably-sourced, wild-caught halibut, launching savings for Prime members is an amazing opportunity to bring our industry-leading quality standards and delicious food to more customers at a better price,” said John Mackey, co-founder and CEO of Whole Foods.

Continued Cem Sibay, VP of Amazon Prime: “Our vision is that every day Prime makes your life better, easier and more fun, and shopping at Whole Foods Market with exclusive deals and savings is all of this and more.”

Whole Foods retired its Rewards Pilot Program and digital coupons through its mobile app in April, telling visitors to its website to “stay tuned for additional announcements” as it worked with its Seattle-based parent to “work on new perks.” All rewards, digital coupons and online accounts – including Recipe Box and Shopping Lists – retired at the beginning of this month.

CNBC even reported in late March the sighting of trial-stage marketing materials that communicated what the new arrangement encompasses. One banner alerted an extra 10 percent off “hundreds of sale prices” for Amazon Prime members, while another stated that “blue signs mean special deals.”

But incorporation of Amazon Prime membership has been expected to happen since the acquisition last August. When the deal closed, in addition to promising lower prices on select products, Amazon said it would begin integrating its Prime membership program into the Whole Foods POS system, allowing Prime members to receive “special savings” and in-store benefits upon completion of the integration.

Since then, Seattle-based Amazon has launched free two-hour grocery delivery from Whole Foods stores via its super-fast Prime Now delivery program, which it soon after said it would merge with its Amazon Fresh grocery delivery service to “eventually streamline a delivery experience for Whole Foods.” At the time of the launch, Amazon said it would expand the service throughout the year, so far it has launched in Atlanta and San Francisco.

It’s unknown exactly how many Prime members also shop Whole Foods’ stores. But according to research from Morgan Stanley shared by CNBC last September, it’s estimated that almost two out of five Whole Foods shoppers – about 5 million households – weren’t Prime members around the time of Amazon’s Whole Foods acquisition. However, Morgan Stanley said at that time that it expects Amazon to convert half of those shoppers by the end of 2019.