Walmart has begun selling third-party meal kits online, multiple sources have reported, with its website showing offerings from two services – Takeout Kit and Home Chef –  that offer a variety of options, including diet-conscious and ethnic-inspired meals.

A search on the Bentonville, Ark.-based mega-retailer’s website turned up 11 Home Chef kits – including ones under the Family Favorites, Farmhouse Favorites, Everyday Supper, Comfort Classics and Chef’s Choice lines, as well as options for carb-conscious, calorie-conscious and gluten-sensitive consumers – for delivery. It also found nine Takeout Kit options, including such ethnic dishes as Sichuan Mapo Tofu & Jasmine Rice, Indian Chicken Tikka Masala & Basmati Rice, Spanish Paella with Chorizo & Artichokes, and more. While Home Chef kits don't retail on ecommerce giant and Walmart rival Amazon’s site, the Takeout Kit options do, although typically for $3 or $4 more than the examples found.

While a number of Walmart’s competitors have entered the meal-kit space with offerings and programs of their own – including Publix with its Aprons kits, and Kroger with its Prep+Pared kits, which it's planning to expand across another 200 stores – doing so can be costly. Walmart is likely using this lower-cost model to see whether meal kits resonate well with its audience, Terra’s Kitchen CEO Michael McDevitt told TheStreet.com in September.

However, to be successful, Walmart must make sure that its partnerships with meal-kit services are a true two-way street and complementary. McDevitt told Progressive Grocer several months ago that understanding what's expected of a partnership – for instance, how one defines success – helps to ensure all parties are running in the same direction. Additionally, the left hand needs to understand what the right hand is doing, enabling both parties to assist one another and learn from the process.

Other grocers have decided instead to partner with meal-kit services rather than outright buy them – as Albertsons did with Plated – or develop their own. Chef’d, for instance, has partnered with Gelson’s in southern California and Tops Markets in the Northeast to sell the service's kits in their stores, while plant-based meal-kits provider Purple Carrot inked a partnership with Whole Foods, which ended earlier this year.

Meal kits have reached an estimated $1.5 billion over the past five years, Rockville, Md.-based research firm Packaged Facts has reported, with continued growth expected in the years to come. 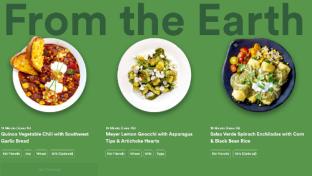 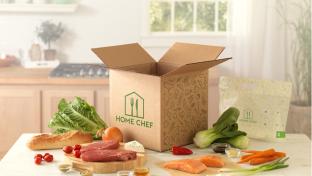 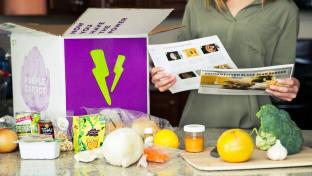 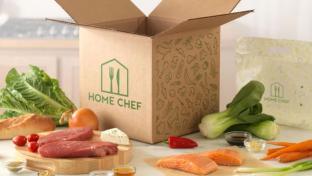