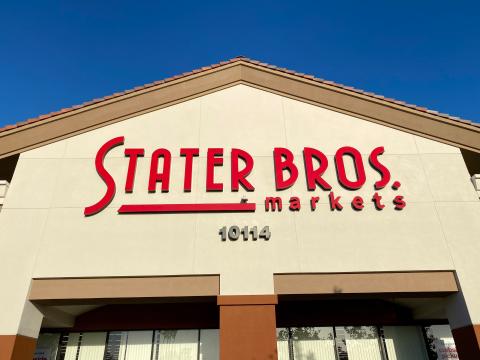 “Today, by ratifying this contract, Stater Bros workers have secured life-changing raises, better healthcare, and protected pensions over the next three years,” said the six unions in a statement. “After more than two years of risking their lives to serve California’s communities as essential workers – the members of UFCW stood together for their families and each other, and secured one of the most historic contracts in California labor history.”

The contract will go into effect immediately and be retroactive to the start of the contract term on March 7.

“I feel very happy about this contract. The wage increase is great because the cost of living in California is very high,” said Christy Acosta, a customer service representative at a Stater Bros. in Pasadena and a bargaining committee member. “I feel like this is going to be a good thing for myself and all my co-workers to bring up the morale in the store. With this contract, I feel appreciated by the company.”

UFCW Local unions in Southern California also successfully negotiated a tentative agreement with Albertsons Cos. banners Vons, Pavilions and Albertsons, and Kroger-owned Ralphs last week that averted a potential worker strike. The ratification is expected to be completed in the coming week.

San Bernardino, Calif.-based Stater Bros. operates more than 170 supermarkets in seven Southern California counties and employs about 18,000 associates. The company is No. 54 on The PG 100, Progressive Grocer’s 2021 list of the top food and consumables retailers in North America.