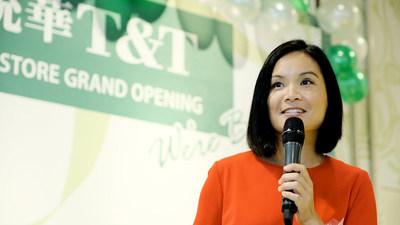 Canadian food retailer T&T Supermarkets has revealed plans to expand its business by opening the company's first store in Quebec. The new store will be located in Montreal, with the exact location still being finalized.

"After receiving many requests over the years from T&T fans who live in Montreal, I'm happy to say we are finally coming," said Tina Lee, CEO of T&T Supermarkets. "Our goal is always to be at the forefront of Asian food innovation, and I am so excited to introduce our offering to Montreal, a city that has such a vibrant food-loving culture."

Given that this would be the first store for T&T in Quebec, it's starting recruitment efforts in Montreal for department heads, assistant department heads and department supervisors. Training can be conducted in any of the existing T&T stores, with the closest store to Montreal being Ottawa, Ontario. In total, the company expects to hire more than 300 employees. Additionally, T&T has started local vendor outreach for the Montreal location.

The company is planning to open its new Quebec store in the next 12 to 24 months.

T&T is continuing the expansion of its ethnic supermarket chain across Canada with the recent reveal of a new store to be located in CF Fairview Mall, in Toronto. Opening in winter 2022, the new supermarket will occupy more than 36,000 square feet of a former Sears department store.

T&T Supermarkets was founded in Vancouver in 1993 and was acquired by Loblaw Cos. Ltd. in 2009. Loblaw Cos. operates more than 2,400 stores in Canada, with more than 190,000 full- and part-time employees. The Brampton, Ontario-based company is No. 12 on The PG 100, Progressive Grocer’s 2021 list of the top food and consumables retailers in North America.