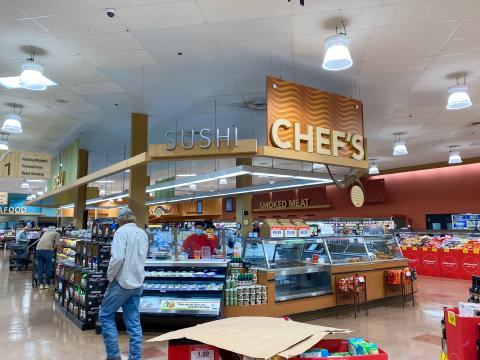 According to Geoff Wexler, Schnucks' VP of deli and prepared foods, Pan-Asian denotes traditional Chinese and Pacific cuisines, with a twist. “Sister Sister is combining recipes and family traditions to bring our shoppers their modern Asian favorites,” he said. “We’re proud to offer their high-quality tasty foods to Schnucks customers in all of our stores.”

Sister Sister Kitchen was founded by Julia Li, who comes from a family with more than 20 years of restaurant experience. “Food brings people of all different backgrounds, cultures and beliefs together. St Louis is an incredible city with multigenerational immigrant families. I’m a proud Midwesterner and a proud Asian American,” Li said. “Inclusion is celebrating the mosaic of culture and cuisines of all Americans, and I couldn’t be more thrilled to share the next generation of recipes with Schnucks customers.”

Some of the Pan-Asian options that Sister Sister will introduce to Schnucks shoppers include entrees such as General Tso’s chicken, vegetable lo mein and Singapore noodles, as well as appetizers like egg rolls, pot stickers and crab rangoon.

St. Louis-based Schnucks operates more than 100 stores in Missouri, Illinois, Indiana and Wisconsin, and employs 13,000 associates. The company is No. 64 on The PG 100, Progressive Grocer’s 2021 list of the top food and consumables retailers in North America.