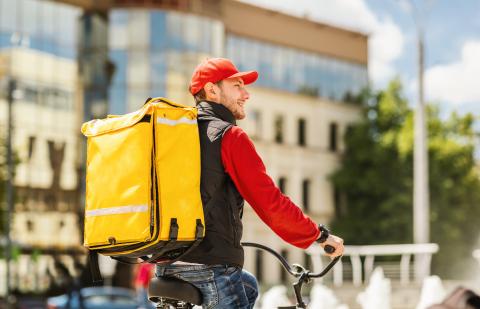 A spate of closings, layoffs and restructuring is impacting the instant needs delivery business.

In a sign that the rush to get into the rapid grocery delivery business is ebbing at the midpoint of 2022, some players in that space are slowing their operations. A more hybrid approach to buying groceries, coupled with marketplace headwinds like labor scarcities, high prices, omnichannel competition and a rocky stock market are contributing to pullbacks and changes from various platforms.

In late May, the Berlin, Germany-based ultrafast delivery company Gorillas announced that it was reducing its staff by 300 to better hit its profitability goals. Another startup, Turkish firm Getir, slashed its worker rolls by at least 14% during the same time frame. “We will also decrease spending on marketing investments, promotions and expansion,” Getir said in a statement.

Other young companies in the quick market have closed up shop. As its operation was hamstrung by Russia’s war with Ukraine and the ensuing sanctions, the Russian-founded Buyk filed for bankruptcy this spring. Fridge No More – also backed by Russian investors — encountered capital issues and ceased operations in its markets of New York and Boston. In California, Zero Grocery went dark a couple of months ago.

The recent volatile period on Wall Street has also put a crimp in plans of some rapid delivery startups. The long-awaited IPO by Instacart may be coming, but the company is reportedly preparing for it by laying off some staffers and slashing its valuation by 40%.

One of the more early and established startups — and the first instant-needs company to be named to Progressive Grocer's  list of the top 100 food retailers in North America — Gopuff  is making its own changes to adjust for future growth. As the Philadelphia-based company is in the midst of another round of major funding (said to be to the tune of $1 billion), it is closing or pulling back operations on 22 warehouses, cutting several jobs and staying private following earlier rumors of an IPO. Those moves are viewed as a way to go leaner for a “new global business model,” according to a company memo cited in recent media reports.