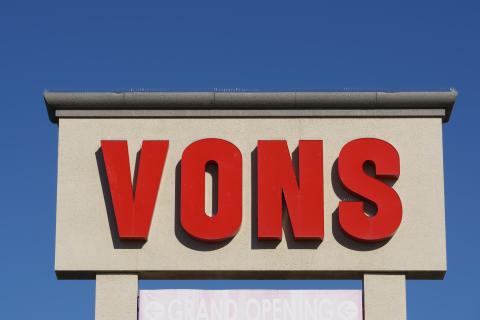 For Ralphs and Albertsons/Vons/Pavilions workers, a newly ratified labor contract raises the minimum weekly hours of work for eligible part-time employees from 24 to 28 hours, and reduces the time required to move up the wage scale.

Supermarket employees represented by seven United Food & Commercial Workers (UFCW) locals in Southern and Central California voted to ratify a new three-year contract with Ralphs, a banner of The Kroger Co., and Albertsons Cos.’ Albertsons, Vons and Pavilions banners.

Under the contract, wage increases include $4.25 an hour for most workers, with some classifications receiving higher pay raises. Wage improvements for 2022 and 2023 will also apply to about 7,000 Food 4 Less employees, according to last year’s agreement negotiated with Kroger.

For Ralphs and Albertsons/Vons/Pavilions workers, the contract raises the minimum weekly hours of work for eligible part-time employees from 24 to 28 hours, and reduces the time required to move up the wage scale, which also means that more employees will receive their benefits sooner. This will lead to considerable increases in take-home pay, as much as $3,000 per year for some workers.

In addition to improving dental and vision plans and protecting pension benefits, the new deal includes provisions to establish health and safety committees at every grocery store, which will enable workers to have input on safety and security issues in the stores.

“This contract is the beginning of the transformation of the grocery industry,” asserted John Grant, president of Los Angeles-based UFCW Local 770. “Members stood up in solidarity not only on the shop floor and at rallies outside the stores, but also at the bargaining table. Workers spoke up and the companies listened. This is transformational and the transformation will continue.”

Earlier this month, a member-led bargaining committee representing the seven locals reached a tentative agreement with Albertsons/Vons/Pavilions and Ralphs to head off a threatened strike; that agreement has now been ratified. In other recent California labor news, members of six UFCW locals voted to ratify a new three-year contract with Stater Bros. that will give workers higher wages, protected pension provisions and stronger health care benefits.

Serving 60 million households annually nationwide through a digital shopping experience, and almost 2,800 retail food stores under a variety of banner names, Cincinnati-based Kroger is No. 3 on The PG 100, Progressive Grocer’s 2021 list of the top food and consumables retailers in North America. Idaho-based Albertsons operates more than 2,200 retail stores with 1,700-plus pharmacies, 400 associated fuel centers, 22 dedicated distribution centers and 20 manufacturing facilities. It operates stores across 34 states and the District of Columbia under more than 20 well-known banners, among them Albertsons, Safeway, Vons, Jewel-Osco, Shaw's, Acme, Tom Thumb, Randalls, United Supermarkets, Pavilions, Star Market, Haggen, Carrs, Kings Food Markets and Balducci’s Food Lovers Market. Albertsons is No. 8 on The PG 100. San Bernardino, Calif.-based Stater Bros., operating more than 170 supermarkets in seven Southern California counties and employs about 18,000 associates, is No. 54 on PG’s list.