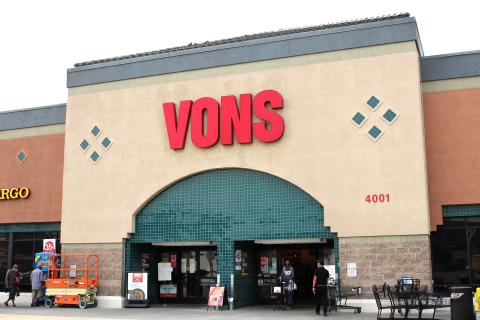 After days of voting last week, grocery workers in Southern California have authorized a strike. Members of seven local United Food and Commercial Workers (UFCW) unions approved the potential action in the wake of months of failed negotiations with representatives of The Kroger Co. and Albertsons Cos. Affected banners include Kroger-owned Ralphs and Albertsons-run Albertsons, Vons and Pavilions.

According to information released by the participating unions, 95% of members who voted okayed a work stoppage. Emphasizing workers’ resilience in the face of the pandemic, the unions are seeking higher wages, along with better access to full-time status and more in-store health and safety committees.

In a statement, the seven UFCW locals charged that Ralphs and Albertsons/Vons/Pavilions have engaged in “repeated and egregious” unfair labor practices: “Through the past two years of the pandemic, it was the hard work and sacrifice of our members that helped these same companies earn billions in profits. As we continue at the bargaining table, all of our local unions are committed to getting a contract that reflects everything these essential grocery workers have contributed to their employers, their customers, and their communities.”

For their part, thegrocery employers have proposed higher wages, and pointed out that their employees receive healthcare and other benefits.

Albertsons maintained that it remains committed to negotiating a contract that is fair to all parties. “The outcome of the strike authorization vote does not change anything related to this process,” the company declared in a statement released over the weekend.

At Ralphs, VP of Operations Robert Branton noted that the company has proposed $141 million in new wages and is seeking to keep a lid on health costs. “Our three goals throughout negotiations are to reward and invest in our people, keep groceries affordable for our customers and maintain a sustainable business that creates jobs in the future. Ralphs’ proposal meets all three goals,” he said. “The current UFCW proposal only meets one of those goals. We encourage the UFCW to join us in meaningful and balanced negotiations to promptly deliver wage increases to our associates.”

The retailers plan to keep stores open in the event of a strike. Another round of talks is planned for March 30.

This labor dispute comes at a time of charged atmospheres across other parts of the country. Earlier this year, workers at Kroger’s Kings Soopers banner went on strike in Colorado before the UFCW Local 7 and the company reached an agreement that resulted in the ratification of a new three-year contract.