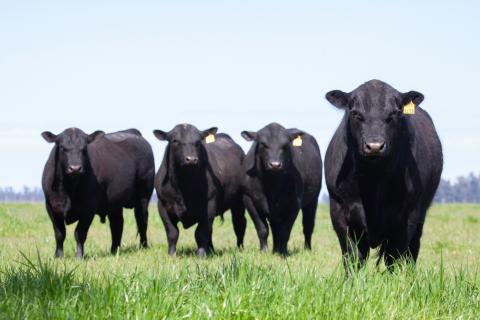 This month, Sysco joined the ranks of other groups filing suit against the nation's largest meat companies.

It’s been a month of legal action against some of the nation’s largest meat and poultry processors. Lawsuits brought by individual companies and the U.S. government were filed to address issues ranging from purported price fixing to deceptive practices.

Earlier in July, the country’s largest foodservice distributor, The Sysco Corp., filed suit alleging that the “Big Four” meat processors, (Tyson Foods, JBS USA, Cargill and National Beef) have engaged in price fixing by limiting the number of cattle slaughtered since at least 2015. The lawsuit claims that the protein businesses “exploited their market power in this highly concentrated market by conspiring to limit the supply, and fix the prices, of beef sold.”

That suit is the latest in a series of similar lawsuits levied against the major red meat companies, including a case involving a group of grocers. It’s estimated that those conglomerates dominate 80% of the country’s beef market.

The processors responded to this and previous litigation, defending their practices and citing natural market conditions such as higher supply chain costs. “We believe the claims lack merit and intend to vigorously defend our position,”Cargill spokesperson Daniel Sullivan told an Associated Press reporter when asked about the Sysco lawsuit.

In February, JBS reached a $52.5 million settlement on price-fixing claims brought against the company and the other three major meat processors by a group of grocers and wholesalers. JBS did not admit liability in the settlement, noting that the payout “was in the best interest of the company.”

The poultry industry has also been impacted by legal wrangling. On July 25, the U.S. Justice Department sued large poultry processors Cargill, Sanderson Farms and Wayne Farms in a Maryland court, contending that they conspired to share information about worker benefits and wages to suppress labor competition. In its lawsuit, the government also accused data consulting firm Webber, Meng, Sahl and Company of wrongfully sharing details about employee wages and disclosed that it is seeking $84.8 million in restitution for poultry industry workers.

“Through a brazen scheme to exchange wage and benefit information, these poultry processors stifled competition and harmed a generation of plant workers who face demanding and sometimes dangerous conditions to earn a living,” said Doha Mekki, principal deputy assistant attorney general in a news release.