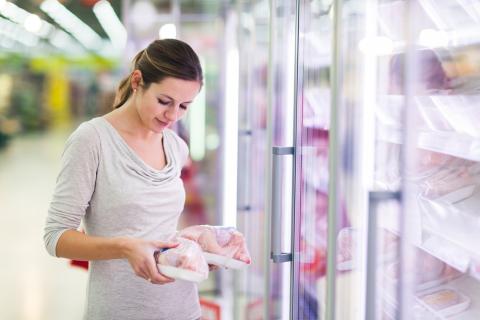 A mistrial was declared on March 29 in the second trial concerning the involvement of 10 poultry industry executives in an alleged scheme to fix prices and rig bids for chickens sold to grocery stores and restaurants.

The case stems from a U.S. Department of Justice (DOJ) indictment that charged the executives with criminal violations of the Sherman Act, which prosecutors alleged occurred as part of a scheme that purportedly lasted from 2012 to 2019 to fix prices and rig bids for broiler chickens — a $28 billion-per-year industry in the United States. According to prosecutors, the executives kept in close contact through text message, phone and email to coordinate bids made to restaurants, grocery stores and buying co-ops.

Greeley, Colo.-based Pilgrim’s Pride, a unit of Brazilian food giant JBS SA, already pleaded guilty in October 2020 to “a conspiracy to suppress and eliminate competition,” and paid $107 million in a settlement with the DOJ over price-fixing charges.

This latest antitrust case ended in a mistrial after jurors deadlocked and were unable to reach a verdict against any of the poultry executives, following a six-week jury trial before Chief Judge Philip A. Brimmer in the U.S. District Court for the District of Colorado. In December 2021, the first mistrial was declared by Judge Brimmer when jurors deadlocked after a seven-week trial.

A new trial is set for June 6 in response to the DOJ’s request to retry the case for the third time. Judge Brimmer ordered Jonathan Kanter, head of the DOJ’s Antitrust Division, to meet with him next week, noting, “If the Government thinks that the 10 defendants and their attorneys and my staff and another group of jurors should spend six weeks retrying this case after the Government has failed in two attempts to convict even one defendant, then certainly Mr. Kanter has the time to come to Denver and explain to me why the Department of Justice thinks that is an appropriate thing to do.”

In September 2021, the Biden administration created waves in the meat and poultry industry by linking meat prices set by protein companies to higher food costs in the marketplace. As a result, the White House said that it would take “bold action” to enforce antitrust laws and crack down on illegal price fixing.

Earlier this year, JBS settled a lawsuit brought against the company and three other “Big Meat” processors by a group of grocers and wholesalers. The plaintiffs argued that JBS, Tyson Foods, Cargill and National Beef manipulated the cattle supply to drive up beef prices. Although JBS agreed to a $52.5 million settlement, the company did not admit liability in price fixing. Spokeswoman Nikki Richardson said that the agreement was “in the best interest of the company.”