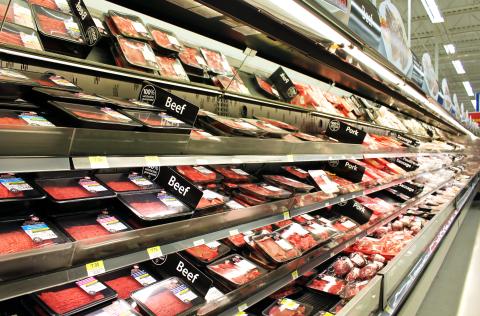 The meat industry is responding after the Biden Administration blasted four leading processors for spikes in food prices.

The Biden Administration came out swinging against the nation’s largest meat and poultry processors this week, essentially linking meat prices set by protein companies to higher food costs in a marketplace impacted by the ongoing pandemic, supply chain issues and other economic and geopolitical factors.

A government official minced no words in calling out four leading processors that, through industry consolidation over the past couple of decades, have the greatest stake in the meat industry. “What we see here smacks of pandemic profiteering and that is the behavior the administration finds concerning," declared Bharat Ramamurti, deputy director of the National Economic Council, during an interview.

At a press briefing and as outlined in an official statement released Sept. 8, the White House claimed that half of recent increases in food prices stem from beef, pork and poultry and announced that it is taking “bold action” to enforce antitrust laws. Among other measures, the Administration noted that it will crack down on illegal price fixing, invest $1.4 billion in pandemic assistance to small producers and processors, and work with Congress to spur negotiation of prices between producers and processors.

“As with almost every industry, meat and poultry packers and processors of all sizes have been, and continue to be, affected by the global pandemic and the inflationary trends that challenge the U.S. economy,” said Mark Dopp, NAMI’s COO. “American consumers of most goods and services are seeing higher costs, largely due to a persistent and widespread labor shortage. The meat and poultry industry is no different. Issuing inflammatory statements that ignore the fundamentals of how supply and demand affects markets accomplishes nothing. Meat and poultry markets are competitive and dynamic with no one sector of the industry consistently dominating the market at the expense of another.”

Tyson Foods issued its own statement contesting the allegations, highlighting the many factors contributing to higher prices at the retail meat case. “Multiple, unprecedented market shocks, including a global pandemic and severe weather conditions, led to an unexpected and drastic drop in meat processors’ abilities to operate at full capacity. This led to an oversupply of live cattle and an undersupply of beef, while demand for beef products was at an all-time high. So, as a result, the price for cattle fell, while the price for beef rose. Today, prices paid to cattle producers are rising. Labor shortages – the inability of the industry to adequately staff its plants – has exacerbated the situation. Labor shortages are also affecting the nation’s pork and poultry supply,” the company pointed out in its news release.

Tyson also cited its reliance on and investment in independent farms and in improving wages for its processing plant workers.