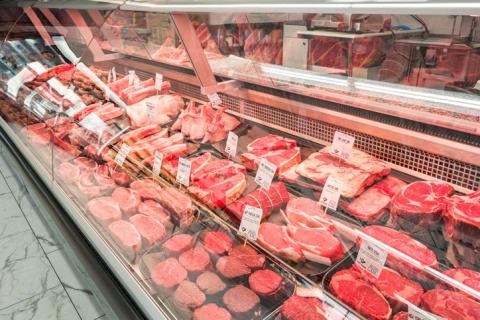 JBS Foods USA is one of the top beef producers in the United States.

One of the world’s largest meat processors has become the latest victim of a cyberattack. JBS USA released a statement on May 30, indicating that it was the target of an organized cybersecurity attack affecting some of the servers supporting its North American and Australian IT systems.

According to the statement, the company took immediate action, suspending all affected systems, notifying authorities, and activating the company's global network of IT professionals and third-party experts to resolve the situation. The company’s backup servers weren't affected, and it's actively working with an unidentified incident response firm to restore its systems as soon as possible.

JBS wasn't aware of any evidence that customer, supplier or employee data had been compromised or misused as a result of the cyberattack.

This security breach follows the Colonial Pipeline cyberattack in the United States in early May that led to panic buying of gas in the Southeast and subsequent gas shortages.

JBS did acknowledge that resolution of this latest incident will take time, which may delay certain transactions with customers and suppliers.

The cyberattack did cause its Australian operations to shut down on May 31. Bloomberg also reported JBS’s five biggest beef plants in the U.S. — which altogether handle 22,500 cattle a day — have halted processing. Those outages alone have wiped out nearly a fifth of America’s production. As a result, many are on edge that this latest security breach could disrupt food supply chains and further inflate food prices.

According to Reuters, the White House said on June 1 that JBS' Brazilian arm, JBS SA, informed the U.S. government that the ransomware attack against the company originated from a criminal organization likely based in Russia.

As reported by USA Today, former senior Department of Homeland Security official Paul Rosenzweig said that the Colonial Pipeline cyberattack, and the ransom paid by the company, has clearly emboldened non-state actors to strike at potentially bigger and more financially vulnerable targets, including JBS.

Based in Greeley, Colo., JBS Foods USA provides more than 206 million 4-ounce servings of protein to families in more than 100 countries around the world every day, and is one of the top beef producers in the United States. Its brands include Pilgrim's, Great Southern and Aberdeen Black.