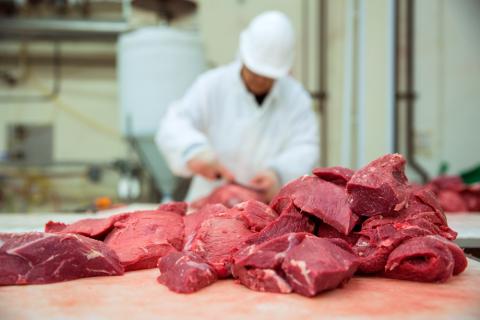 The Biden Administration continued its push this week to open up competition in the meat and poultry industry, sparking industry responses.

The meat industry is responding after President Joe Biden announced this week that the government will provide $1 billion in funding to help independent livestock producers and meat processors compete against the nation’s largest protein companies.

In a virtual meeting with a group of farmers, ranchers and processors from around the country, Biden declared, “Capitalism without competition isn’t capitalism — it’s exploitation. That’s what we’re seeing in meat and poultry industries now.” During the Jan. 3 meeting, he detailed his Administration’s “Action Plan for a Fairer, More Competitive and More Resident Meat and Poultry Supply Chain."

In addition to helping shore up independent farmers and ranchers and meat companies with funding, the U.S. Department of Agriculture (USDA) is also set to propose new rules, including some related to labeling.

“For the third time in six months, President Joe Biden and his Administration announced the same plans to spend $1 billion to fund government intervention in the market in an attempt to increase prices livestock producers receive while blaming inflation on private industry,” said Julie Anna Potts, president and chief executive of the North American Meat Institute (NAMI). “The Biden Administration continues to ignore the number one challenge to meat and poultry production: labor shortages. This tired approach is not surprising because they have refused to engage with the packing and processing sector they attack, going so far as to hold a roundtable on meat packing without a single beef or pork packer present.”

Mike Brown, president of the National Chicken Council, also weighed in on the announcements. “While we haven’t seen any proposals, for the chicken industry, this looks like a solution in search of a problem,” Brown noted. “The vast majority of chicken farmers are thriving helping to produce America’s number one protein. In fact, chicken companies have waiting lists of potential family farmers that want to partner with them and enter into the chicken business. The chicken industry is the least consolidated in all of animal agriculture, and the market share of the top four companies has been virtually the same for the past 20 years.”

At the same time, other processors, including smaller ranchers, welcomed some of the federal support. A South Dakota cattle producer, Bret Kenzy, told local news station KELOLAND News that many factors are contributing to the current state of affairs for the meat industry. “By having 85% of the harvest of 26 million head of cattle a year wrapped up in just four companies, we have such a brittle system,” he remarked, adding, “You can harvest all the cattle you want, but you have to have a place to sell it.”

A representative from the American Farm Bureau Federation (AFBF) also pointed to the complexities of the current situation. “Farmers and ranchers want a fair shake. The joint initiative between USDA and the Department of Justice to create an online portal to report competition law violations, and efforts to strengthen the Packers & Stockyards Act, will go a long way to ensuring fairness in the industry. More accurately defining ‘Product of the USA’ labeling will also allow families to make more well-informed decisions at the grocery store,” said Zippy Duvall, AFBF’s president, in a statement.