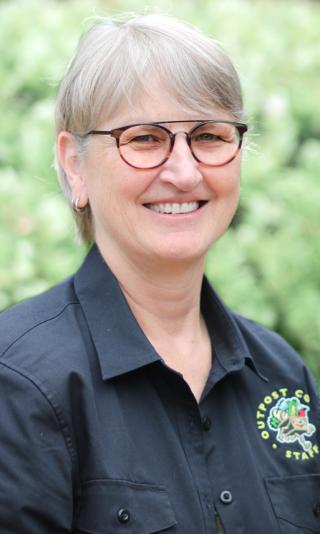 Outpost Natural Foods Cooperative has revealed that Pam Mehnert will retire in June 2023 following a 42-year-career with the Milwaukee-based co-op, 35 of them as general manager.

During her time at Outpost, Mehnert led the business from a $2 million-dollar single location to a $50 million-dollar multistore operation encompassing four retail stores, a central production kitchen, a central office and warehouse, and various wholesale accounts among the Froedtert and Aurora hospital systems.

“Working for Outpost has created a light within me that will never dim,” she noted. “This has been an experience of a lifetime that continues to fill me with joy and purpose. I’ll be forever grateful to the people who believed in me along the way.”

Mehnert and her team implemented many important initiatives, among them overseeing the construction of the first green-built grocery store in Wisconsin, which opened in 1998 in Wauwatosa, followed by USGBC LEED Silver Certification of the co-op’s Mequon, Wis., location in 2014. Outpost has also been an EPA Top Retail Partner since 2013.

“Pam’s passion and commitment to serving the Greater Milwaukee community through stewardship of Outpost is unparalleled,” said Outpost Board President Ashley Fisher. “Perhaps most striking is that she brings her career to a close after successfully guiding the co-op through three years of turmoil caused by the pandemic, supply chain issues and a changing economy. We wish her the very best as she begins a new life chapter.”

Mehnert joined Outpost as a customer service clerk in 1980 at the co-op’s Holton Street store. From there, she held a range of positions and responsibilities that included cashiering, stocking, ordering, shift management, merchandising and marketing. She became general manager six years later and led the relocation of the co-op’s small store to its current location on Capitol Drive. In addition to leading Outpost, Mehnert was board president of National Cooperative Grocers and Local First Milwaukee.

Outpost has engaged the services of an executive recruiter to help identify Mehnert’s successor.