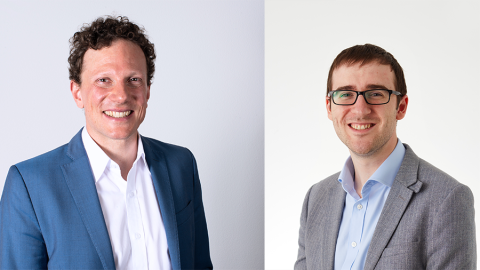 Ocado Retail, the world’s largest dedicated online supermarket, is the first retail grocer to have signed an agreement with Climeworks, a leader in carbon dioxide removal via direct air-capture technology. Under the new deal, U.K.-based Ocado has purchased 1,000 tons of carbon dioxide removal, the equivalent of what the company will emit over the next seven years at its headquarters in Hatfield, Hertfordshire, resulting in a net-zero main office.

Climeworks uses modular collectors that capture carbon dioxide from the atmosphere, which can then be permanently stored. At the company’s largest and most recent facility, known as “Orca,” which opened in Iceland this past September, the air-captured carbon dioxide is permanently stored via mineralization in basaltic rock formations deep underground, thanks to Carbfix technology. The entire process is powered solely by renewable energy. The technology is scalable, doesn’t compete with arable land and enables the captured carbon to remain safely stored for thousands of years.

According to the Intergovernmental Panel on Climate Change, to limit global warming to 1.5°C, carbon removal solutions like direct air capture and storage are urgently needed on a large scale, because they allow for the removal of residual emissions so that entities can reach net zero.

The Climeworks carbon removal agreement is the latest move in Ocado’s ongoing effort to become entirely net zero by 2040. In addition to working to remove residual emissions, the company is working to reduce emissions across its entire operations, in line with the British Retail Consortium’s (BRC) Climate Action Roadmap. The BRC works with retailers, their suppliers, government and other stakeholders to collectively meet the industry’s net-zero goal.

“We are excited and thankful to welcome a new industry leader through the agreement with Ocado,” noted Christoph Gebald, co-CEO and co-founder of Zurich-based Climeworks. “Ocado Retail’s net-zero strategy is a great example of how emissions reduction and emissions removal should be combined.”

“We are immensely proud to be the first supermarket in the world to have a net zero office,” said Daniel Costigan, sustainability lead at Ocado, which is working with Kroger on various customer fulfillment centers across the United States, and with Sobeys in Canada. “Running a sustainable business is incredibly important to us and our customers and our deal with Climeworks will help as we continue to look at ways of reducing our carbon footprint.”

Other companies to have purchased Climeworks tech include Audi and Microsoft.

Serving 60 million households annually nationwide through a digital shopping experience, and almost 2,800 retail food stores under a variety of banner names, Cincinnati-based Kroger is No. 3 on The PG 100, Progressive Grocer’s 2021 list of the top food and consumables retailers in North America. Stellarton, Nova Scotia-based Empire Co. Ltd. is a Canadian company with key businesses in food retailing through its wholly owned Sobeys chain and related real estate. Canada’s second-largest retail group, with more than 1,500 supermarkets in all 10 provinces, Sobeys Inc. is No. 22 on PG’s list.