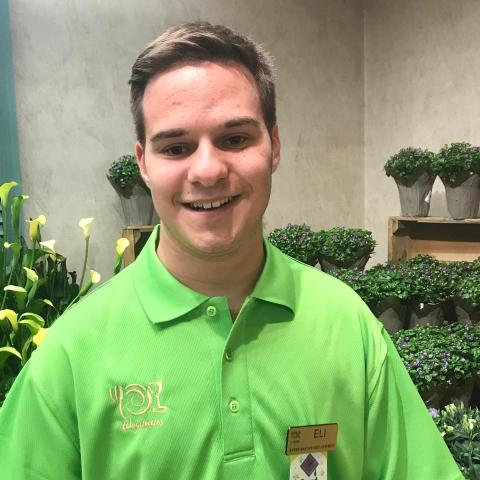 The NGA Foundation, the 501(c)3 nonprofit arm of the Washington, D.C.-based National Grocers Association (NGA), which represents the retail and wholesale community grocers comprising the independent sector of the food distribution industry, has revealed the recipients of its 2022 scholarship program. This year, 18 students planning careers with independent grocers received scholarships provided by donors and affiliate groups.

“We are proud to ensure that our industry’s future will be in good hands by assisting these talented individuals in their pursuit of higher education and career goals,” said NGA Foundation Director Chelsea Matzen. “We also applaud our members for their ongoing investment in grocery’s next generation of leaders.”

At the core of the NGA Foundation grants are Asparagus Club scholarships, offered by the club since 1967. The Asparagus Club Scholarship Fund has given more than $1 million to students pursuing careers in the independent grocery industry. Legacy scholarships are given in the name of an individual or individuals who contribute directly to the fund each year.

Students may apply for scholarships from January until April. The scholarships are open to full-time enrolled college and post-graduate students with a minimum 2.5 GPA and plans to work in the independent grocery industry. NGA Foundation scholarships are based on merit, although financial need is taken into consideration.

The scholarships are managed by the foundation and selected by independent committees of reviewers. Winners are informed in August.

The recipients of the NGA Foundation 2022 scholarships are as follows:

The Ronnie Horton and Ecolab scholarships were just introduced earlier this year.

The largest privately held employer in Texas, San Antonio-based H-E-B, with more than 420 stores and 145,000 employees in Texas and Mexico, is No. 16 on The PG 100, Progressive Grocer’s 2022 list of the top food and consumables retailers in North America. Rochester, N.Y.-based Wegmans, a family-owned grocer with more than 100 stores in New York, Pennsylvania, New Jersey, Virginia, Maryland and Massachusetts, is No. 34 on The PG 100.