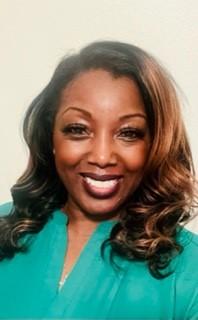 One of Brookshire Grocery’s first female store directors, Woodard went on to become the retailer’s first diversity, equity and inclusion specialist. She’s also the second women in her company to serve as a district manager, in which role she led 13 stores in the Louisiana market. In addition to her leadership within the company, Woodard is engaged in civic leadership through participation in local organizations, including chambers of commerce.

“Latasha serves as a role model for our female and diverse employees,” said Rosemary Jones, Brookshire Grocery’s EVP, who nominated Woodard for the scholarship. “Her leadership reaches thousands of employees and people within the communities she serves. Continued development of her leadership skills will only further Latasha’s positive influence, impact and reach.”

NGAF, the 501(c)3 nonprofit arm of the Washington, D.C.-based National Grocers Association, partnered with PepsiCo to create the Leadership Endowment following the completion of the 2020 Executive Leadership Development Program (ELDP). The endowment awards one $5,000 scholarship to a deserving woman or minority ELDP candidate to cover the cost of program registration, along with having the remaining funds act as a travel stipend.

The partnership with NGAF is another step in PepsiCo’s Racial Equality Journey, which in 2020 saw the company reveal commitments of more than $570 million over the next five years dedicated to Black and Hispanic communities in the United States.

“Diversity and inclusion is one of our top priorities at PepsiCo, which is why we’re so honored to support this award in partnership with NGAF,” said Kent Montgomery, head of industry relations for Purchase, N.Y.-based PepsiCo North America. “Latasha embodies everything this program stands for, and her passion and commitment to the industry is clearly unparalleled with 29 years of service.”

Scholarship recipients are selected by a diverse committee made up of members of the NGAF board of regents, the Women Grocers of America, a representative from Cornell University’s executive education program, and PepsiCo leadership.

A family business operating more than 180 stores in three states – Texas, Louisiana and Arkansas – with three distribution centers and a corporate office, Brookshire's is No. 63 on the PG 100, Progressive Grocer’s 2022 list of the top food and consumables retailers in the United States.