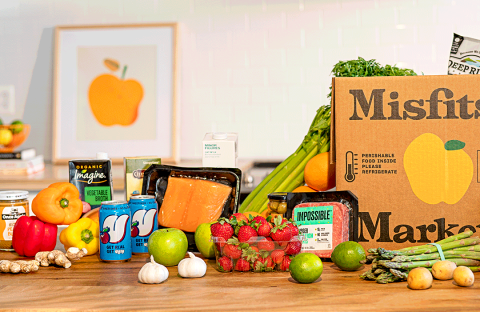 Misfits Market is working to increase food access, reduce food waste and eliminate food deserts in the United States by 2025.

Online grocer Misfits Market has expanded to the states of Arizona, New Mexico, Nebraska and Oklahoma as the company works toward its goal of increasing food access, reducing food waste and eliminating food deserts in the United States by 2025. The total number of states in which Misfits operates is now 43, plus Washington D.C.

According to Misfits, the expansion provides access to organic produce, pantry staples and hundreds of other grocery items for millions of new customers in those states at up to 40% off traditional grocery stores. The company will deliver to all ZIP codes in each state, encompassing urban centers, suburbs and rural areas, and including locations where access and options have historically been limited.

“We work directly with farmers and suppliers to rescue organic produce and other grocery items that might otherwise go to waste,” the company explained in a blog post revealing the expansion. “By eliminating some of the inefficiencies in our food system, we’re able to do more than just reduce costs. Every Misfits Market box you order benefits farmers, prevents food waste and ultimately helps save our environment.”

Users of the service create an account and build a $30 minimum order during their shopping window, after which their box will be delivered right to their front door on their preferred delivery day, with no hidden membership fees and no tips required, just a flat $5.50 delivery fee.

This past April, Misfits raised $200 million in a Series C funding round, bringing the company’s total funding to $301.5 million to date.