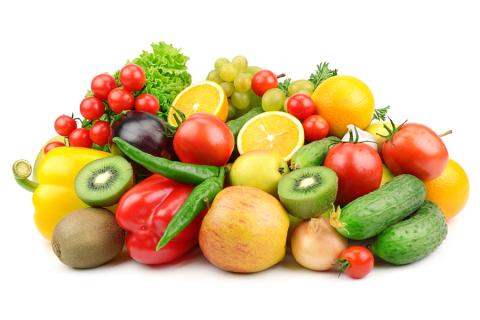 Online subscription grocery provider Misfits Market has raised $85 million in a Series B funding round, the company said Wednesday.

The new funding was led by Valor Equity Partners with participation from additional investors including Greenoaks Capital, Third Kind Venture Capital and Sound Ventures (which was founded by Ashton Kutcher and Guy Oseary). Misfits Market launched in 2018 and since then has raised $101.5 million.

Misfits Market — which sells so-called “ugly produce” via weekly or biweekly subscription boxes — also announced a new warehouse in Delanco, New Jersey “that will allow the food-waste-fighting brand to more than double its order capacity across the East Coast, throughout the South, and into the Midwest.” Misfits Market said that its new delivery area includes Arkansas, Mississippi, and Louisiana, with launches coming in Wisconsin, Minnesota, Iowa, and Michigan.

In addition to expanded delivery of its core subscription box, Misfits Market said it is growing its online grocery store platform, enabling customers to buy discounted shelf-stable items and specialty produce to add to their weekly subscription boxes. “With more than 100 unique offered SKUs per week, subscribers can get exclusive access to products from brands like Bob’s Red Mill, Taza Chocolate, Minor Figures Oat Milk, Teatulia, and Ceremony Coffee at an average of 25-50% off retail prices,” Misfits Market said. “This Marketplace expansion, along with rolling out a feature that allows all subscribers to fully customize their box of produce by the end of the summer, is part of the brand’s digital innovation roadmap.” The company also is working on a redesigned website and an app.

Misfits Market said it has made nearly 400 new hires since March, compared to 150 in the three-month period prior to the pandemic, as consumer demand has grown by some 400%.

“We’ve been a mission-driven company since day one. What’s different today is how pressing it is for us to accelerate our growth and show up for customers facing a whole new set of realities and challenges accessing affordable, organic food,” says Abhi Ramesh, founder and CEO of Misfits Market. “This investment will help us reach more people for whom our product will be essential, whether they’re sustainably minded individuals interested in the rescued produce—or they’re a big household with a newly tightened grocery budget shopping the expanded Marketplace for discounted staples. Everyone deserves access to healthy food.”