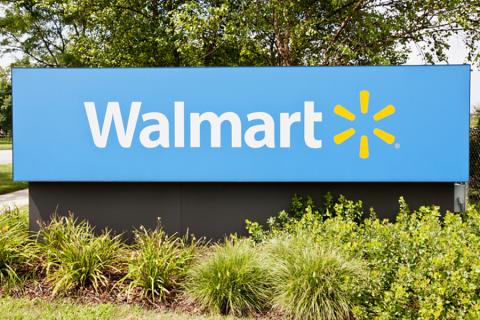 Get ready for Walmart and Amazon to battle it out via subscription programs.

Amazon Prime could soon have some more meaningful competition from Walmart — but only if that retail chain can offer consumers features not easily found elsewhere.

Walmart reportedly is about to launch its own subscription program called Walmart+, charging consumers $99 a year for same-day delivery of groceries and general merchandise, discounts on fuel at Walmart gas stations, and early access to product deals, according to Recode. Amazon Prime typically costs $119 a year and includes delivery, streaming and other features — and serves as a way to tie consumers into the vast and always expanding Amazon e-commerce ecosystem.

Walmart offered no immediate comment Tuesday about the launch, which is reportedly set for later in July. The retailer reportedly wanted to launch Walmart+ earlier this year but the pandemic changed that plan. The scope of the launch remains unclear.

Amazon launched its Prime loyalty program in 2005 — nearly a generation ago — and says that some 150 million consumers have taken on memberships. Prime members tend to shop more often with Amazon than do non-members, and the annual multi-day online shopping event known as Prime Day is one of the big events in U.S. retail. (The pandemic has led to a delay for this year’s Prime Day.)

“Walmart’s rollout of Walmart+ is yet another example of companies playing catch up to Amazon,” said Marcel Hollerbach, CMO at Productsup, which sells technology to help brands sell via digital marketplaces and other channels. “Adding a subscription revenue stream proved to be a leading source of business for Amazon, especially after it raised the fees for Prime, so it was only time before we saw other large retailers follow suit with their own membership programs."

Even with the late start, this reported Walmart launch of its own Prime-like service could provide the retail chain with fresh fuel in its ongoing battle with Amazon.

“In the months following the rollout, I expect we’ll see new digital services added by Walmart. A subscription program provides the company with access to the resources and outlets needed to build additional offerings around their retail business, such as online gaming or video subscriptions,” Hollerbach said. "For Walmart+ to be successful, Walmart will need to offer services that are difficult for other players like Amazon to replicate, like discounts on gas. The retailer’s large network of physical stores that are local and close to consumers is one competitive edge that Walmart should find ways to capitalize on."

Walmart has taken another move to increase the appeal and efficiency of its own retail and grocery ecosystem. In May, news emerged that the retail chain would shuts down its standalone grocery app in the coming weeks, preferring to give consumers a single, integrated experience from the main Walmart retail app. As recently as the first week of April, the Walmart grocery app took over from Amazon – Walmart’s fierce grocery and retail competitor – the top spot for downloading shopping apps, according to App Annie, a longtime analytical news source focused on mobile apps. “As of April 5, 2020, Walmart Grocery experienced a 460% growth in average daily downloads in comparison to its January 2020 performance,” App Annie said. “Similarly, Amazon also saw a 20% growth in average daily downloads compared to the same time frame.”

Seattle-based Amazon is No. 2 on Progressive Grocer’s 2020 PG 100 list of the top grocers in the United States.