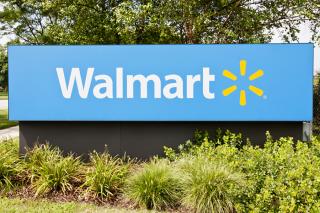 Keep it simple, including mobile grocery apps. That’s one message to take from Walmart as it shuts down its standalone grocery app in the coming weeks, preferring to give consumers a single, integrated experience from the main Walmart retail app.

The retail chain has sent notice to consumers that the grocery app will be phased out this month and through June. Walmart gave no specific reason for that but the moves seems centered around efficiency and simplicity, not lack of popularity.

After all, as recently as the first week of April, the Walmart grocery app took over from Amazon – Walmart’s fierce grocery and retail competitor – the top spot for downloading shopping apps, according to App Annie, a longtime analytical news source focused on mobile apps. “As of April 5, 2020 Walmart Grocery experienced a 460% growth in average daily downloads in comparison to its January 2020 performance,” App Annie said. “Similarly, Amazon also saw a 20% growth in average daily downloads compared to the same time frame.”

That would seem to indicate a robust future for the Walmart grocery app – except that there is much more to mobile commerce than the number of downloads, especially when the retailer behind an app does much, much more than grocery sales. As countless marketers and mobile commerce experts have pointed out soon after mobile commerce started to gain its footing roughly a decade ago, consumers can easily be turned off by apps deemed too cumbersome or complex.

Walmart, too, has an obvious interest in bringing consumers under one single mobile app. That can simplify or even reduce the money budgeted toward mobile marketing. Greater rewards could come from operating mobile commerce via a single app – that likely increases the odds that customers buying grocery products will also buy other retail items from Walmart. No retailer wants to introduce unneeded hassle between customers and purchases, and operating those two separate app channels – given Walmart’s large selection of products – was likely a case of one too many mobile speedbumps, at least according to some analysis of this ongoing app change.

One such recent analysis, this one from TechCrunch, speculated that the end of the Walmart grocery app might even give that retailer new fuel in its fight with Amazon to capture more U.S. grocery spend from mobile shoppers. “The change may also give Walmart a competitive advantage versus Amazon, which today still offers grocery shopping (via two services, Amazon Fresh and Whole Foods) from both its main app and its separate Prime Now app, for faster delivery,” the online news outlet said. “This approach leads to customer confusion, as there’s not just one simple way to order groceries from Amazon.”

More immediately, Walmart said that existing users of the Walmart grocery app will have a seamless migration over to the main Walmart retail app, and without loss of account or personal information, or shopping preferences.