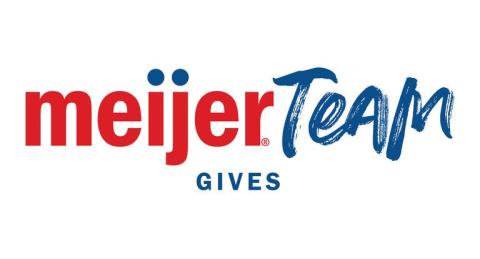 In a first-ever program, Meijer called on its employees to select recipients of nearly $3 million in donations for local communities.

In an effort to both sustain local communities in need and engage its team members, Meijer announced that it will donate almost $3 million to nonprofit organizations chosen by its employees. This is the Michigan-based retailer’s first donation based on the choices of its store and distribution facility team members.

More than 500 community groups will benefit from the company’s giving program. Those groups were identified earlier this year by store and distribution facility team members across Michigan, Ohio, Indiana, Illinois, Kentucky and Wisconsin and reflect the retailer’s key area of giving, including hunger relief, diversity and inclusion, sustainability and local giving. Each store and distribution facility was able to award one local nonprofit $10,000 or split the donation into two $5,000 gifts.

"At Meijer, we care about the communities we serve and follow a simple philosophy set by our founders – to take care of our customers, team members and community and all of them will take care of you, just like a family," said Rick Keyes, Meijer’s president and CEO. "Our team members are a crucial part of this so, as we show our support this holiday season, we wanted to invite them to play a larger role in our giving culture."

Tom Agrillo, a store director at the Muskegon, Mich., location, said that the choice of beneficiaries was truly a team effort, with ballots distributed to all store employees at his location. "It was really all about the team members in making the decision on where we wanted the money to go. The team loved that Meijer is making a difference in the local community and that they had the opportunity to help in the decision process of where it was going," Agrillo remarked.