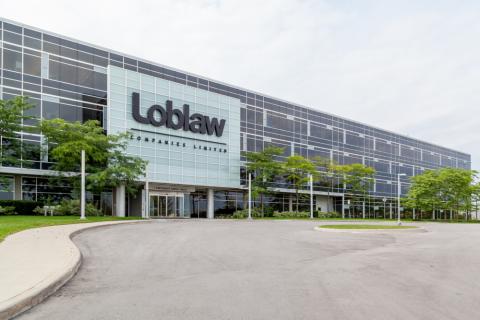 Loblaw is taking action on climate change with its net-zero commitment.

One of Canada’s largest food retailers is aiming to make big improvements to its impact on the planet in the coming years. Loblaw Cos. Ltd. has released a plan to achieve net-zero greenhouse-gas emissions by 2040 as part of a host of environmental commitments.

The company has already made several advancements in its environmental, social and governance (ESG) priorities. In 2016, Loblaw committed to a 30% reduction in corporate carbon emissions by 2030. The company met that target in 2020, due to its advancements in energy management, equipment conversions and addressing refrigerant leaks. Plus, stores have reduced food waste to landfills by nearly 90% over the last six years, thanks to ongoing partnerships with food rescue partners, local farms and ZooShare Biogas.

“Having met major milestones reducing our carbon footprint and waste, we are now squarely focused on the next challenge — net-zero,” said Galen G. Weston, president and chairman of Loblaw. “It will see us deploy electric trucks, efficient heating and cooling, alternative energy, and innovative methods ahead. The need for action is as clear as our ambition, and it reflects the long-term vision our company has held across generations.”

Informed by the Science Based Target Initiative and aligned to the Paris Agreement — limiting global temperature rise to 1.5 degrees Celsius — the company will extend its green momentum into its franchised networks and distribution centers, and ultimately to its supplier network. This will create a long-term road map: Achieving net-zero greenhouse gas emissions for Loblaw’s operational footprint (Scope 1 and 2) by 2040, and achieving net-zero for Scope 3, including those generated by suppliers, by 2050.

Loblaw Cos. Ltd. operates more than 2,500 stores and e-commerce options in Canada, with more than 190,000 full- and part-time employees. The Brampton, Ontario-based company is No. 12 on The PG 100, Progressive Grocer’s 2021 list of the top food and consumables retailers in North America.