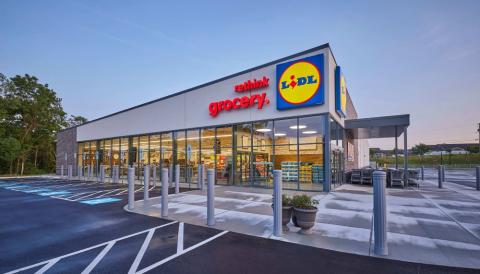 Although this year's event was conducted virtually due to the pandemic, there were still more than 800 submissions from around the globe tasted by the competition's trade buyer judges.

Lidl's award-winning beers are priced on average at less than $8 per pack.

"We are thrilled to have been recognized again by [the] New York International Beer Competition for our beer assortment," said Stefan Schwarz, EVP of purchasing for Lidl US. "Lidl is focused on providing high-quality domestic and international beer offerings at unbelievably low prices, and we are honored to see our assortment recognized again by wins as the top-performing grocer in the New York International Beer Competition."

Retailers are no stranger to imbibing in the private-label beer game. For example, Trader Joe’s worked for two years on its own dessert beer, Cookie Butter Beer, and also recently launched a barrel-aged beer.

Neckarsulm, Germany-based Lidl operates about 11,200 stores in 32 countries, employing more than 310,000 employees worldwide. In the United States, the Arlington, Virginia-based grocer has more than 130 stores in nine East Coast states. Lidl U.S. is No. 96 on the PG 100, Progressive Grocer’s 2020 list of the top food and consumables retailers in North America.