Buoyed by pandemic-related shopping shifts, the outlook for retail sales of beer, wine and alcohol is bright.

There are plenty of reasons to toast this new year after this last one. The outlook for retail sales of beer, wine and alcohol, a category affected by the dramatic market shifts of 2020, seems rather spirited.

For one thing, the normalcy of dining out in bars and restaurants and gathering at large public events isn’t on the short-term horizon. “We don’t sell spirits at any of our stores, but we expect the increase in beerand wine sales to continue in 2021, at least for as long as COVID restrictions are in place,” agrees Colin Heap, manager of beer and wine for The Giant Co., based in Carlisle, Pa. “Our customers are buying more to-go, which corresponds with a decline in alcohol sales at bars and restaurants.”

Within the category, there are some trends of note for food retailers that sell beer, wine and/or spirits to shoppers in their physical and online liquor departments.

Package size remains affected by lingering pandemic-related behaviors. “Specifically, we are seeing customers trading up to larger package sizes so they can make fewer trips to the store,” observes Heap. “For example, sales of 15-pack beer and 3-liter box wine, the maximum package sizes per transaction in Pennsylvania, are significantly up during the pandemic.  We anticipate this trend will continue.”

In addition to portion and package size, many shoppers are upsizing in other ways, too – namely, buying more premium products as a way to treat themselves. Heap notes that Giant has noticed a shift toward more upscale imports from customers who may have bought domestic wines in the past. 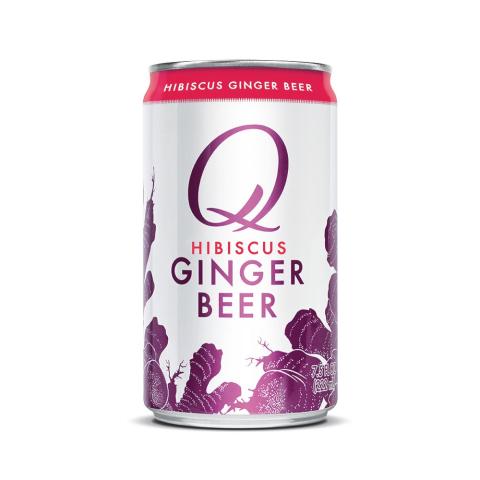 Q Mixers gives consumers the ability to make their own cocktails with two ingredients and a garnish.

Belly Up to the Home Bar

Batched cocktails, popularized by restaurant takeout and amplified by ready-to-drink (RTD) cocktails at retail, are bringing out consumers’ inner mixologists. “2020 was the year Americans learned to make cocktails at home — so 2021 will see a further acceleration of more consumers buying more spirits, versus beer and wines, and premium mixers versus the generic, high fructose-filled mainstream ones,” projects Jordan Silbert, CEO and founder of Brooklyn, N.Y.-based Q Mixers, which offers consumer the ability to make a cocktail with two ingredients and a garnish.

Silbert notes that this trend, which had already started with interest in mixed drinks and inventive cocktails in restaurants and bars, bodes well for RTD products in the longer term. “Once they started making good cocktails at home, they’re not going back, especially if they’re easy to make,” he asserts, adding that it’s often easier for shoppers to find bar-worthy products at their usual grocery store instead of having to make another trip or click to a liquor store.

The Best of Both Worlds

Innovation in adult beverages mirrors some of the fusions happening in the food world. On the one hand, alcohol is being added to traditionally nonalcoholic products. The trend started in seltzers and ciders, and has accelerated with other offerings. According to the recently released “New Year, New Cart” 2021 report conducted for San Francisco-based Instacart by The Harris Poll, there has been a move toward alcohol-infused versions of healthy beverages: Sales of hard kombucha, for example, are up 320% in searches across the Instacart marketplace.

On the flip side, the growing embrace of mocktails is affecting the marketplace, too. Instacart’s survey confirms that shoppers are interested in more alcohol-free spirits and low-calorie alcoholic beverages. Chicago-based market research firm Mintel reports that nearly half (47%) of consumers under the age of 35 agree that mocktails are just as good as cocktails, underscoring the potential for alcohol-free RTD alternatives.

If sales aren’t flat, neither are many types of beverages faring well in the category.  Flavorman, a Louisville, Ky.-based beverage development company, included “flavors that tingle” as a trend to keep an eye on in the coming year. “We’ve had a considerable uptick in client requests for flavors that deliver varying degrees and styles of heat, smoke and spice,” says Tom Gibson, Flavorman’s chief flavorist. “But we’ve also seen an increase in requests for flavors with that fresh, cooling rush you’d get from chewing a stick of mint gum.” RTD cocktails are part of this trend, he adds. 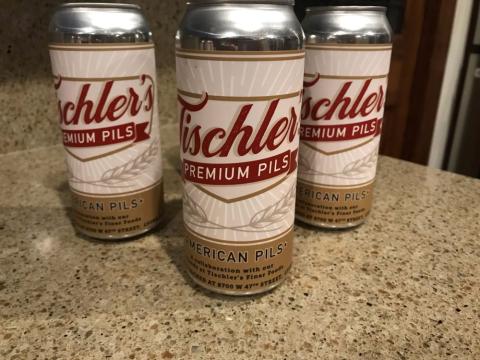 In addition to cocktails, wines are getting a sensory lift. At The Giant Co., Heap notes that sparkling wine is more popular on an everyday basis, and is no longer just imbibed for special occasions.

Locally and regionally produced wines, beers and spirits have historically appealed to shoppers and helped distinguish a grocer’s adult beverage department. Retailers that spotlight local products in both assortment and merchandising can continue to garner interest going forward.

According to Heap, products from local breweries and wineries are popular with The Giant Co.’s customers. “If we receive customer requests for a local item that we aren’t currently carrying, we reach out to the supplier and offer to bring them into the set,” he says. “We view this as a point of differentiation.”

Carrying local items also ties into the general move to support other businesses at a time of hardship. “Buying direct from local wineries has allowed many family-run businesses to thrive, and they have been able to survive during the pandemic, when their tasting rooms and winery tours were closed,” Heap points out. “Likewise, our support of local breweries has helped them offset losses from declining sales in the draft beer on-premise business.”

One independent grocer in the Chicago area has taken locally produced beer and mutually beneficial collaborations a step further. Tischler Finer Foods, in Brookfield, Ill., recently introduced a Tischler branded beer that it created with nearby BuckleDown Brewing.

“The idea behind the collaboration has always been local supporting local,” explains owner Dennis Tischler, noting that customers have enthusiastically supported the product since it was launched a couple of months ago. To create awareness and drive sales, the store and brewery heavily promoted the rollout on their respective websites and social media pages. Tischler’s is prominently displaying the beer at the front of the store, in addition to at the cooler and on the shelf.

Co-owner Linda Tischler says that this past year has reshaped the category in a way that allowed this store brand to move from idea to reality. “The pandemic brought a new awareness as well as creativity,” she notes. “It has led many of us to try new things in general. We have noticed an increase in locally made beer sales over time, but more during this time frame.”

Finally, as the legalization of cannabis and recreational marijuana continues to expand across the United States, the adult beverage category is poised to widen with the addition of cannabis-infused drinks. Information from San Francisco-based Grand View Research shows that cannabis beverages now represent a $2.8 billion segment